Experts: Cuba is one of the main proving grounds for subversive US policy on social media 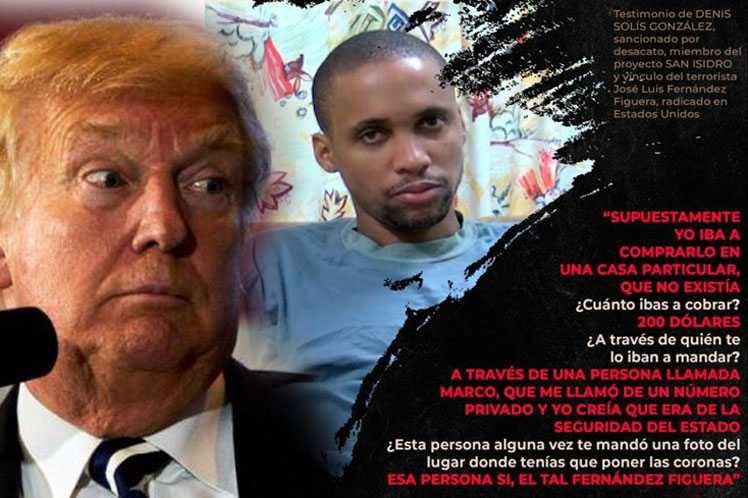 Havana, November 30 (RHC)-- Intellectuals and young people agree that domination through social media and external financing is the US modus operandi to turn Cuba into one of its main laboratories.

In an exclusive interview with Prensa Latina, Doctor of Psychological Sciences Dionisio Zaldívar emphasized that the media and hate campaign against the island, which has intensified in the last four years, is aimed at inducing stress and provoking a social outburst.

This type of action has been systematic since the triumph of the Revolution and is aimed at breaking the people's resistance, he assured.

In the current context, Cuban intellectuals' diverse voices point out that this media strategy has the so-called San Isidro Movement as one of its leading exponents.

The political scientist Enrique Ubieta assured that there are blogs financed by the United States that built news about what was happening in San Isidro's neighborhood (Havana) to create a state of mind in the readers and to transcend to international media.

On national television, Ubieta said the group's name is necessary for these media to convey the idea that something structured exists and to establish a political perspective.

The so-called San Isidro Movement held a protest to demand from the Cuban government the release of Denis Solis. He was sentenced to eight months of imprisonment for the crime of contempt for the authorities.

Solís, who is presented by the group as a censored artist, stated in a video that he maintains links with people from Miami, United States, who finance violent acts against Cuba.

For the young media specialist Javier Gómez, this supposed Movement and everything it has generated shows that 'we are in the presence of the execution of a script for a soft coup.

According to Gómez, this is being prepared in a matter of years from a cultural war where social media play a major role.

The United States recently reported more than $261 million in subversion projects against Cuba from 1990 to this year.

According to the report, more than 124 million dollars were destined for the purpose described as 'democratic participation and civil society,' around 38 million were labeled as 'human rights,' and 25 million were allocated to 'media and free flow of information'.

As a result of the events in San Isidro, the Cuban Foreign Ministry's press director, Juan Antonio Fernández, assured on Twitter that in only 10 days, some 300  fake social media accounts were created to show a false reality.

The Ministry of Foreign Affairs declared that the island 'has full knowledge of the United States government's involvement in financing, orienting and inciting groups and individuals in Cuba to challenge the government's authority (...)'.

President Miguel Díaz-Canel assured that the Caribbean country does not admit any interference, provocation, or manipulation.

Related to the influence on social networks, progressive young people from Cuba and the world recently debated the dangers of cultural colonization by imperialism.

The virtual meeting Ideas that are Banners urged to generate new contents to face in cyberspace the messages of hate and division of the United States' media machinery.