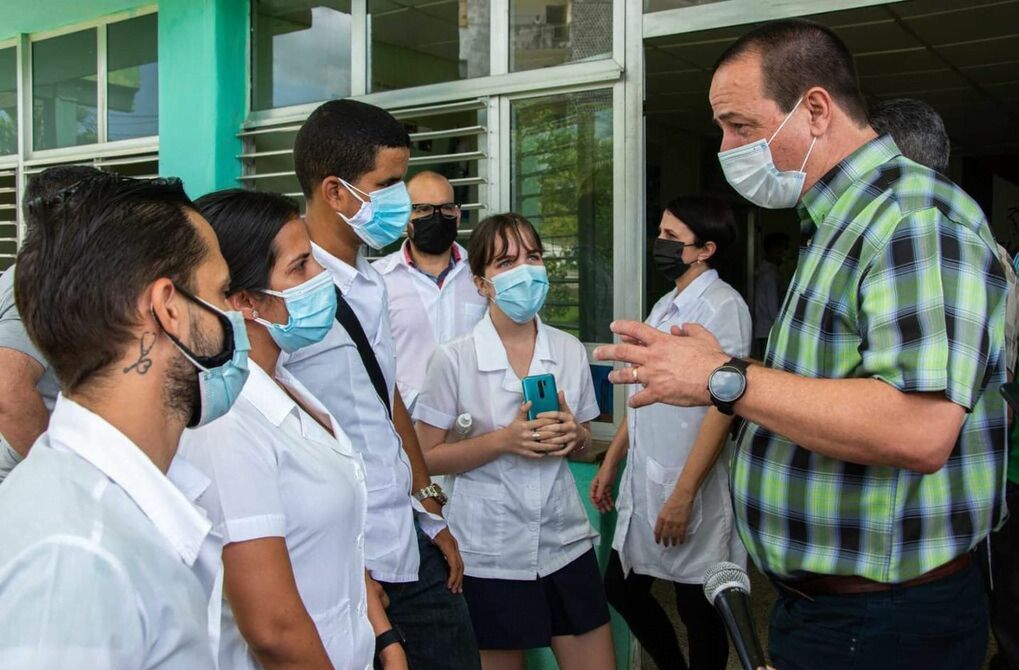 "Confronting COVID-19 constitutes a task for everyone, the Party, the Government, Health, the agencies, the constituency delegates and the people if we want to reverse the current epidemiological situation," said the minister.

He insisted on key issues such as the organization of services, discipline, the control system and the joint work of various factors in the communities to solve the problems of the population, to identify early the cases with symptoms and to follow up the cases admitted at home.

Accompanied by a team of experts, Portal Miranda toured health care institutions of Mantua, Sandino and Guane. These municipalities have a complex scenario, and there the Minister could assess compliance with the established protocols.

He exchanged with patients and their families, learned about the particularities of the services in those territories and talked with the medical students selected to join the ministerial group that will reinforce the technical direction of municipalities.

He said that this Thursday a group of 15 doctors with experience in other provinces and 20 students of Medical Sciences from the provincial capital will arrive in Mantua to support the work in the communities.

The Cuban Minister of Public Health called for the temporary working groups to have inspection teams to check the places and know first-hand how much is happening in each center.

In Guane, he indicated to ensure the stay at home with discipline of those admitted there as long as there are no capacities required for institutional internment, and timely follow-up.

At the 'Manuel Piti Fajardo' polyclinic, he learned about the action protocols in view of the increase in the number of cases and the people’s concerns.

And in the municipality of Sandino he visited, among others, the 'Augusto César Sandino' general teaching hospital, where there is a room for respiratory monitoring of convalescent patients. (Source: ACN)