This weekend, voices around the world condemn U.S. blockade on Cuba 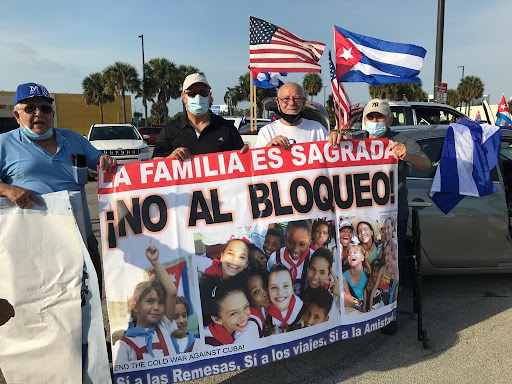 Havana, October 30 (RHC)-- The worldwide claim against the economic, commercial, and financial siege imposed on Cuba today adds voices to demand respect for the self-determination of the Caribbean country with activities in several regions.

Among the main actions, the organization of car and bicycle caravans, rallies, cultural meetings, and debates in social media networks for the cessation of U.S. hostility stand out.

Solidarity groups, Cubans living in other countries, and the Bridges of Love project in the U.S. lead the call for these initiatives.

According to the Cuban Institute of Friendship with the Peoples (ICAP) website, the call is being extended to several cities of the northern country.

In Wilmington, Los Angeles, the Hands off Cuba committee is planning a tour and screening films on Saturday. At the same time, in Miami, a caravan will depart from the City Hall on Sunday along several streets.

Meanwhile, in San Francisco, Washington, New York, Chicago, Albuquerque, and Minnesota, voices of solidarity will be added for Sunday.

From Ottawa and Vancouver, Canada, car and bicycle caravans are planned for that day, while other solidarity groups from countries such as Venezuela, Paraguay, Mexico, Salvador, and Panama are expected to participate in different initiatives.

European activists from the United Kingdom, Switzerland, Italy, Austria, Finland, and Germany also participate in the weekend actions that close the We Have Memory day, called by ICAP against terrorism and the blockade.

The initiative, which has been underway since September, brought together the international movement of solidarity with Cuba in a joint demand against the island's siege.