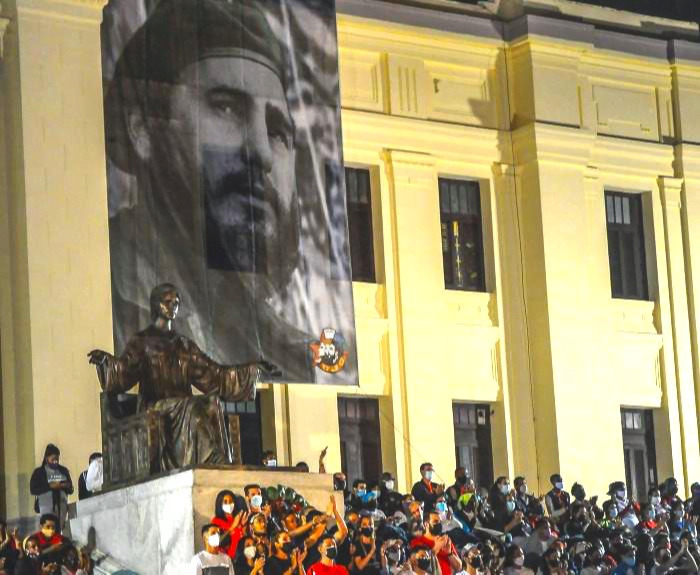 Havana, November 24 (RHC)-- President Miguel Díaz-Canel attended on Wednesday the cultural evening held on the University of Havana steps in tribute to Commander-in-Chief Fidel Castro, on the fifth anniversary of his physical departure.

Once again, Cuba gathered on the historic steps of the University in an act of tribute to the Cuban revolutionary leader, whose death occurred on November 25, 2016.

Students, professors, and young people from all walks of life were on hand along with were members of the Political Bureau of the Central Committee of the Communist Party of Cuba, as well as leaders of youth and mass organizations and the Revolutionary Armed Forces, the Ministry of the Interior and the Combatants' Association. 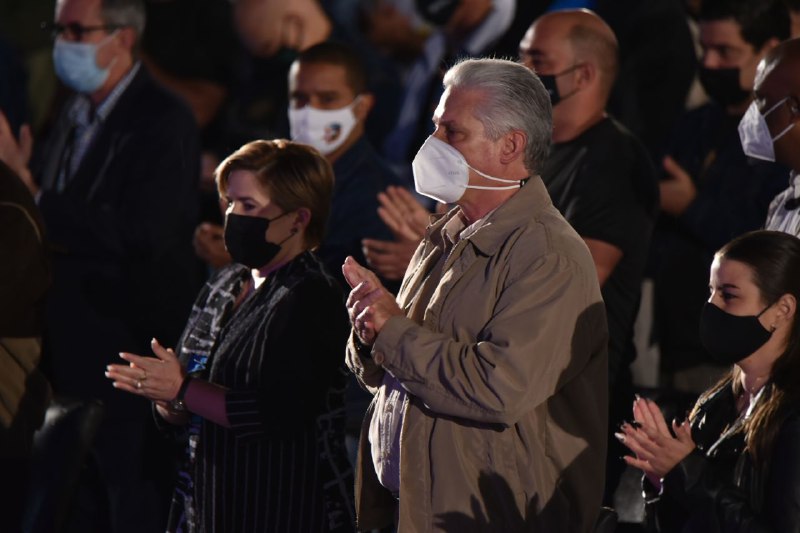 At the meeting, Aylín Álvarez García, first secretary of the Union of Young Communists League, expressed the feelings of the Cuban youth regarding the defense of the ideals of the historical leader of the Revolution.

These years without the physical presence of Fidel have allowed us to understand in all its magnitude that death is not true when the work of a lifetime has been fulfilled, she added.

Here and now is Fidel, he said, continue with us, Comandante, we will be faithful to you until the last consequences of our actions, he affirmed.

The evening continued with performances by renowned local artists such as the National Choir, Danza Contemporanea, and Alden Knight.

The Comandante was also honored by the troubadours Raúl Torres, Eduardo Sosa, Annie Garcés, and Tamy López with the song Cabalgando con Fidel (Riding with Fidel), born in the context of the funeral honors dedicated to the leader. The piece reverberated on the hill among hundreds of young revolutionaries.