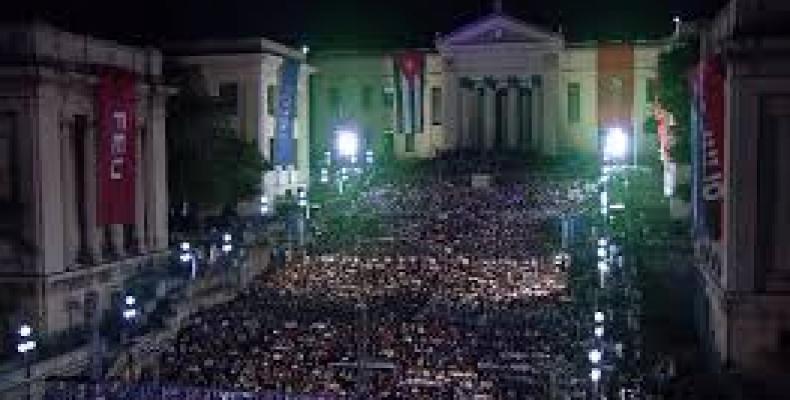 Havana, November 25 (RHC)– Young Cubans gathered at Havana’s University Stairs on the eve of November 25 to pay tribute to the historical leader of the Cuban Revolution on the second anniversary of his death.

Presided over by Cuban President, Miguel Díaz-Canel, well known artists, performers, singers and singer-songwriters gathered at the foot of the Alma Mater - the University’s main symbol- to have a political-cultural gala titled “Siempre Fidel” (Always Fidel) at the site where Fidel Castro became a revolutionary.

With poetry, songs, music and dances, they paid tribute to Fidel Castro’s example of firmness, simplicity and permanent sacrifice. When the activity was over, a special vigil started at the Juan Abrantes University Stadium behind the university campus.