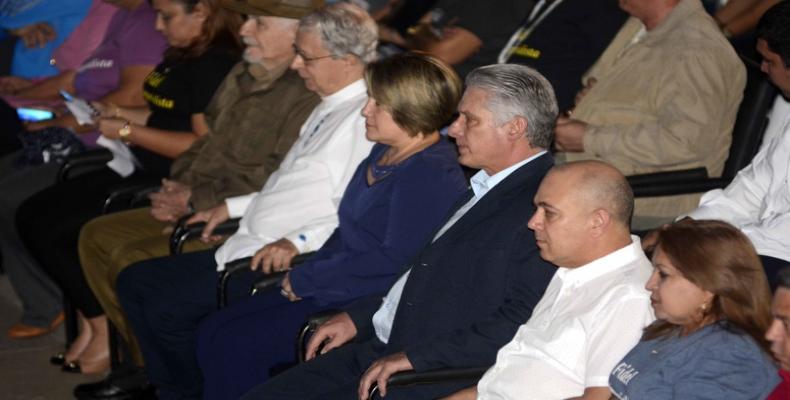 Havana, November 26  (RHC)--  Cuban President Miguel Diaz-Canel presided over a political-cultural activity Monday evening on the staircase of the University of Havana to commemorate the third anniversary of the physical passing of Commander in Chief Fidel Castro.

Under the central slogan 'Fidel Antimperialista,' the event began with audiovisual footage depicting the shaping of the thought and action of the leader of the Cuban Revolution.

Personalities such as the Commander of the Revolution Ramiro Valdés Menéndez, and the outstanding Brazilian intellectual and theologian Frei Betto, attended the event, with the presence of a significant representation of young people and representatives of all sectors of society.

"Today Fidel is more necessary than ever to face the attack of the empire, which is tightening its blockade on the island," said Susely Morfa Gonzalez, First Secretary of the Young Communist League (UJC). 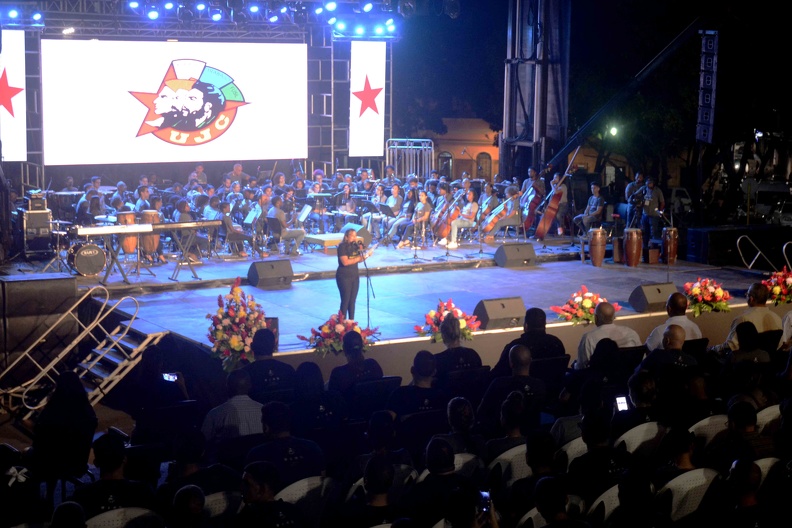 "With the same determination we learned from our Comandante, we condemn the aggressions against our doctors and the campaign that tries to discredit the humanitarian labor of these professionals," she said.

Morfa González explained that in Cuba, no threat will be able to stop the efforts to continue thinking as a country, because all the people are convinced that the Revolution must be taken care of and preserved.

The youth leader said that the historic leader of the Cuban Revolution had a deep conviction that young people not fail him and that his work is in good hands.

The steps of the University of Havana welcomed members of the Political Bureau and Secretariat of the Communist Party of Cuba, the Government, the Union of Young Communists and other political and mass organizations. 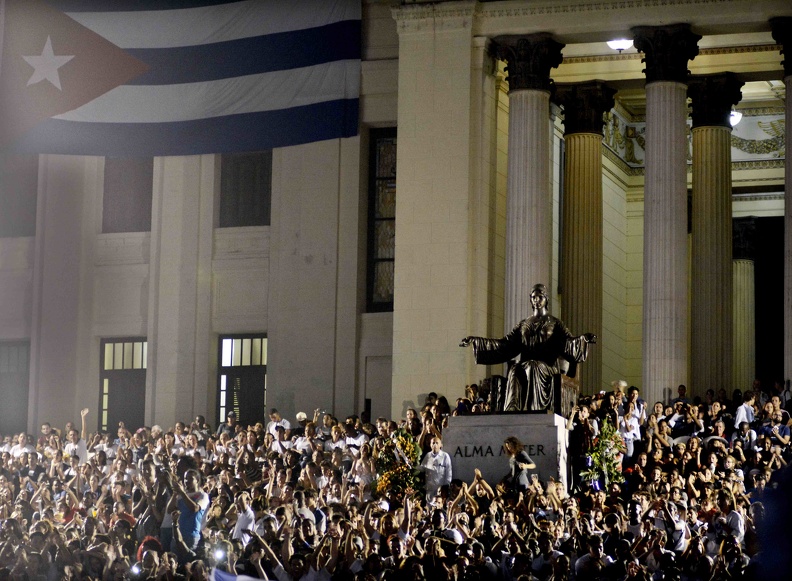