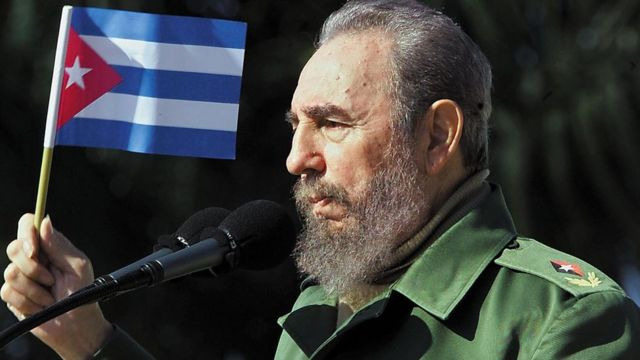 Havana, Nov 26 (RHC)--The tribute to historic leader Fidel Castro, in the first five years of his passing, flooded squares, work and study institutions, and had as a climax the inauguration of a center that bears his name in Cuba.

Dedicated to the analysis and dissemination of his thought, the creation of the site has an exceptional character, in response to the decision of the Commander in Chief - as he is also recognized - not to erect monuments, busts, and statues in his name, nor to name squares, parks, avenues, institutions and public places after him.

A faithful follower of the thought of Cuba's National Hero, writer, and journalist José Martí, Fidel Castro understood Martí's maxim that "all the glory of the world fits in a kernel of corn."

This did not prevent the people of the Caribbean and friends from all continents from remembering a life entirely dedicated to just causes and to preach by example, to travel to the future and return to tell the tale, as former Algerian President Abdelaziz Bouteflika said.

From different countries, members of the international solidarity movement organized screenings of documentaries, book presentations, and other initiatives and raised their voices against the US economic blockade.

Portugal, Germany, Finland, Greece, Philippines, Lebanon, South Africa, Zimbabwe, Angola, Namibia, United States, Vietnam, Hungary, France, Greece and Slovakia... are just some of the countries where the name of Fidel Castro was heard this Thursday and also in previous days.

Present in Cuba, the XXXI Caravan of Pastors for Peace, the group of Italian friends who carry out the Soberana Plus-Turin clinical trial, activists of the Portugal-Cuba Friendship Association, and the Canadian "Ernesto Che Guevara" brigade, also evoked the teachings of the statesman and revolutionary.