Maduro thanks invitation to inauguration of Fidel Castro Ruz Center 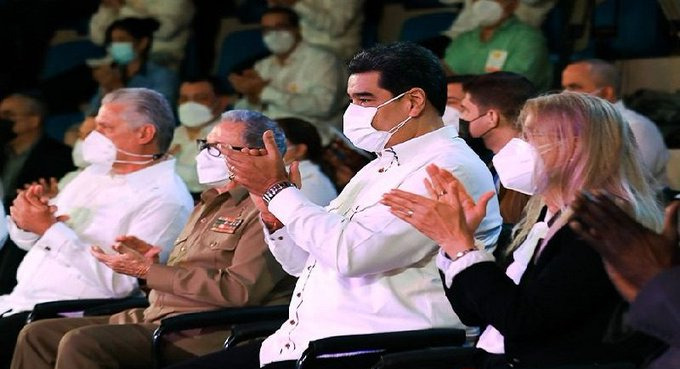 "I thank brother President Díaz-Canel and Commander Raúl Castro for inviting me to the wonderful inauguration event of the Fidel Castro Ruz Center, a space for the study, dissemination of the thought and work of the Father of the Cuban Revolution, the Commander of Dignity," Maduro wrote on  Twitter.

Likewise, the Venezuelan head of state had words of praise for the staging prepared for the occasion by the children's theater troupe La Colmenita, which extolled the legacy of the Cuban revolutionary leader, on the occasion of the fifth anniversary of his death.

"It is with great emotion that I congratulate the performance of the boys, girls, and young people of La Colmenita Children's Theater Company, who gave a demonstration of the heroism, courage, humanism, and culture that Fidel sowed in his beloved Cuba. It has been an extraordinary experience," Maduro stressed on the social media network.