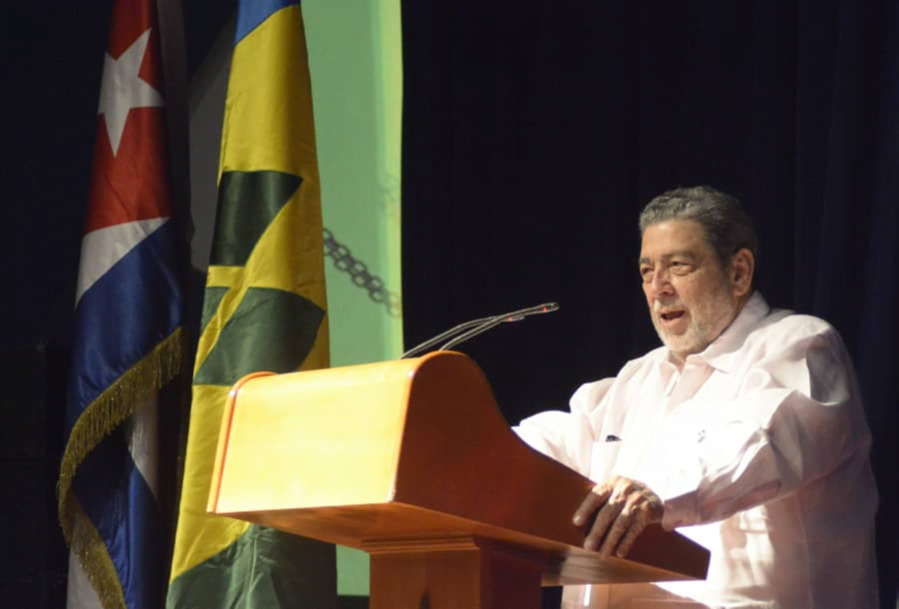 Vincentian Prime Minister Ralph Gonsalves speaks at the ceremony
for the 30th anniversary of the resumption of bilateral relations with Cuba.

The head of government was seen off at Havana's José Martí International Airport by Deputy Foreign Minister Anayansi Rodríguez.

During his stay since last Wednesday, Gonsalves participated in the 21st Summit of Heads of State and Government of the Bolivarian Alliance for the Peoples of Our America-People's Trade Agreement (ALBA-TCP).

He also received the José Martí Order, the highest decoration granted by the Cuban State to personalities.

Gonsalves attended a political-cultural event held in Havana to celebrate 30 years of diplomatic ties between his country and Cuba, established on May 26, 1992.

In that ceremony, he considered the relationship with Cuba as a model and ratified that the ties would remain firm.

"In St. Vincent and the Grenadines, there is a great love for the Cuban people and the Cuban Revolution; we are a family," the Prime Minister stressed.