Cuban President considers the Family Code as  worthy and necessary 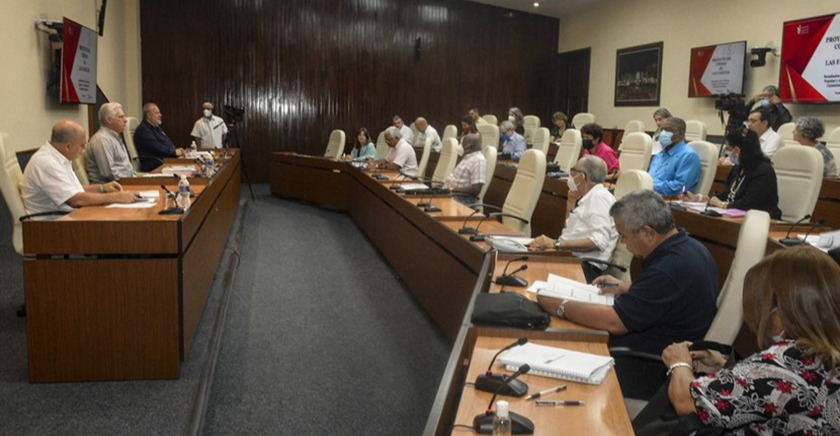 Havana, June 6 (RHC)-- President Miguel Díaz-Canel affirmed Monday that the new Family Code would be a law that is not only necessary but also dignified and built by Cubans.

During a working meeting with members of the Drafting Commission of the bill, the President acknowledged the work that has been done so far and stressed the importance of the new legislation, whose 25th version was presented on this day.

Díaz-Canel reflected on the value of the new Code, which will be supported by two participation mechanisms: widespread consultation and referendum, something almost unusual in the world.

The Cuban Minister of Justice, Oscar Silvera Martínez, explained that version 25 contains the final results of the consultation from February 1 to April 30.

Silvera Martinez said that the consultation led to the modification of 47.55 percent of the provisions contained in version 24, in terms of wording, while, in the case of articles - now 474, from 471 in the previous one - were modified by 48.73 %.

Dr. Ana María Álvarez-Tabío, a member of the Drafting Commission, referred to some relevant aspects in the conformation of the Code, such as the right of all to be cared for, the extension of the protection of children and adolescents in exceptional and disaster situations, and the reinforcement of the urgent guardianship in the face of discrimination and violence.

Through videoconference from the province of Matanzas, Reverend Ofelia Ortega Suarez, also a commission member, described the consultation as a success and extraordinary that 61.96% of the opinions favored the draft.