Protest Sunday in Miami against U.S. blockade of Cuba 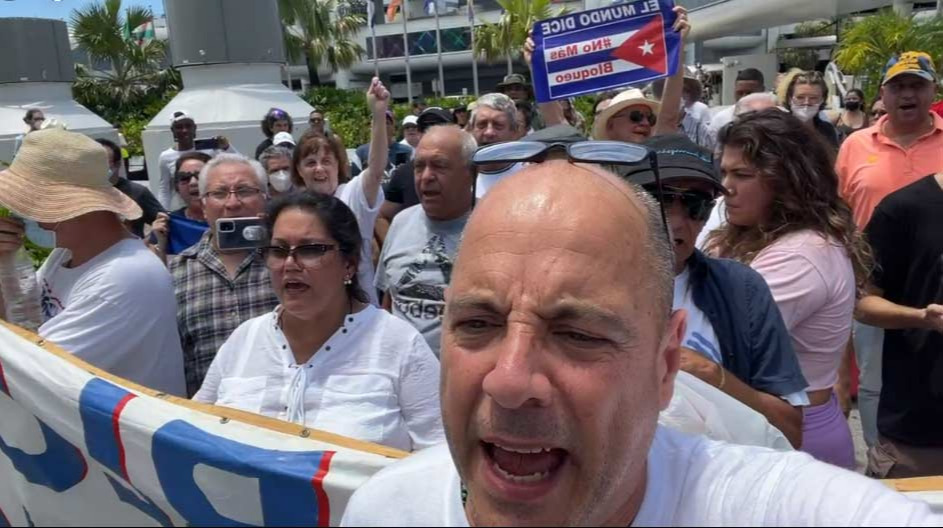 Washington, Jul 31 (RHC)-- Summoned by the solidarity movement Puentes de Amor (Bridges of Love), Cubans and Americans demanded in Miami on Sunday an end to the blockade that Washington has imposed on Cuba for more than six decades.

In an action of solidarity that has become customary on the last Sunday of every month, a caravan of cars traveled the streets from Coral Gables to the outskirts of the international airport of that southern city to demand that the U.S. government lift the measures against the island.

Cuban-American professor Carlos Lazo, leader of the initiative, stated that this anti-blockade movement could not be stopped by anyone because "the whole world is clamoring for it because it is the right thing to do, the humane thing to do."

After singing the Cuban national anthem, the participants in the protest raised placards reading  "Cuba yes, no blockade!" and in favor of an understanding between the governments of both countries.

Max Lesnik, a Cuban living in South Florida and founder of the Alianza Martiana, referred to the Bridges of Love caravans as a success replicated in other cities worldwide.

The enemies of these caravans are enemies of the Cuban families suffering from the blockade, and being here today is my duty as a Cuban, said Lesnik.

Young Americans there also pointed out their disagreement with the hostile policy of the White House towards the island and demanded the end of the sanctions, which in practice constitute an economic war.

In  New York, voices of solidarity united against the unilateral siege imposed on Cuba by successive White House administrations, whether Democrat or Republican.

President Joe Biden promised in the election campaign to reverse the failed policies toward Cuba of his predecessor, Donald Trump, but 18 months after his arrival at the executive mansion, there are hardly any signs in that direction.

Last May 16, the Democratic administration announced some measures on visas, regular migration, travel, and remittances that were well received; however, they did not touch the very essence of the blockade.