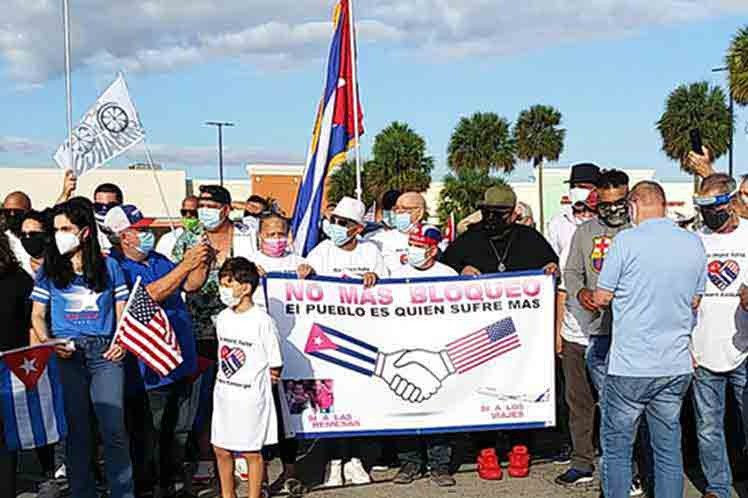 "Biden, lift the sanctions, keep your electoral promises,  said Carlos Lazo, coordinator of the Bridges of Love movement, whose main objective is to fight against these punitive measures that mainly affect Cuban families.

All of us gathered voted for you hoping that this siege that affects above all the Cuban people would be lifted, added the activist, one of the main organizers of the caravans against unilateral sanctions that took place Sunday in more than 70 cities around the world.

During a Facebook live broadcast,  Lazo reiterated his confidence that "we are going to lift the embargo, let there be no doubt about it," and urged his compatriots to move forward.

Lazo reiterated that the purpose of these activities is to demand the end of the unilateral sanctions that affect the people of the Caribbean island and that were reinforced during the Donald Trump administration.

According to Lazo, the participants in this Third Caravan also demand from President Biden the resumption of the family reunification program suspended by his predecessor in 2017.

In particular, the participants demand the reopening of the consular services of the U.S. embassy in Havana and the remittance service to the island.

Other events were also held in Los Angeles, San Francisco, and San Diego, California; as well as in Seattle, Washington; while in Canada, there will be demonstrations such as these in Vancouver, Ottawa, and Montreal, all to demand an end to the economic, commercial and financial blockade against Cuba.