New caravan in Miami against the blockade 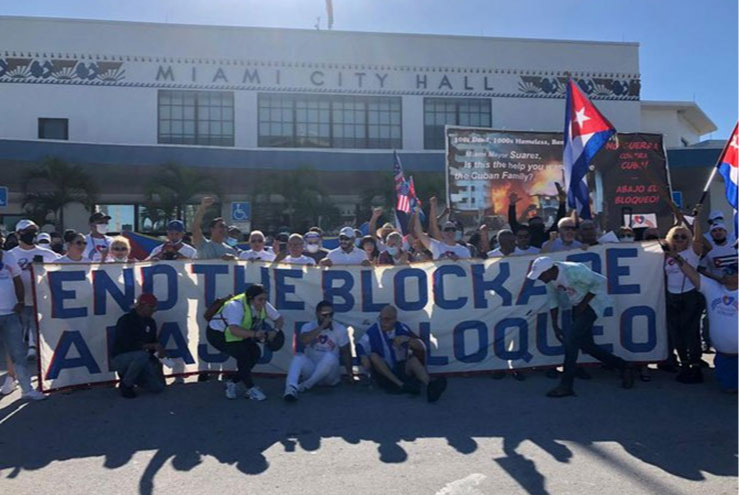 Washington, Dec 4 (RHC) The solidarity project Bridges of Love called a new caravan against the U.S. blockade this Sunday in Miami and other cities around the world.

The initiative aims to obtain contributions to take powdered milk to the pediatric hospitals of Guantánamo and Santiago de Cuba, provinces located in the eastern part of the Caribbean country.

Carlos Lazo, the coordinator of Puentes de Amor, told Prensa Latina that this Sunday's caravan will mainly take place in Miami, Florida, although other cities in the country and around the world will also make similar claims.

"Caravan for the Cuban family, to build bridges of love between the two peoples, and to ask the Biden administration to fulfill its campaign promises and go further," said the activist.

He also insisted on the importance of the White House removing Cuba from the list of alleged sponsors of terrorism -according to Washington's standards-, something that reinforces the impact of the blockade, hinders financial operations, as well as an insertion in international trade.