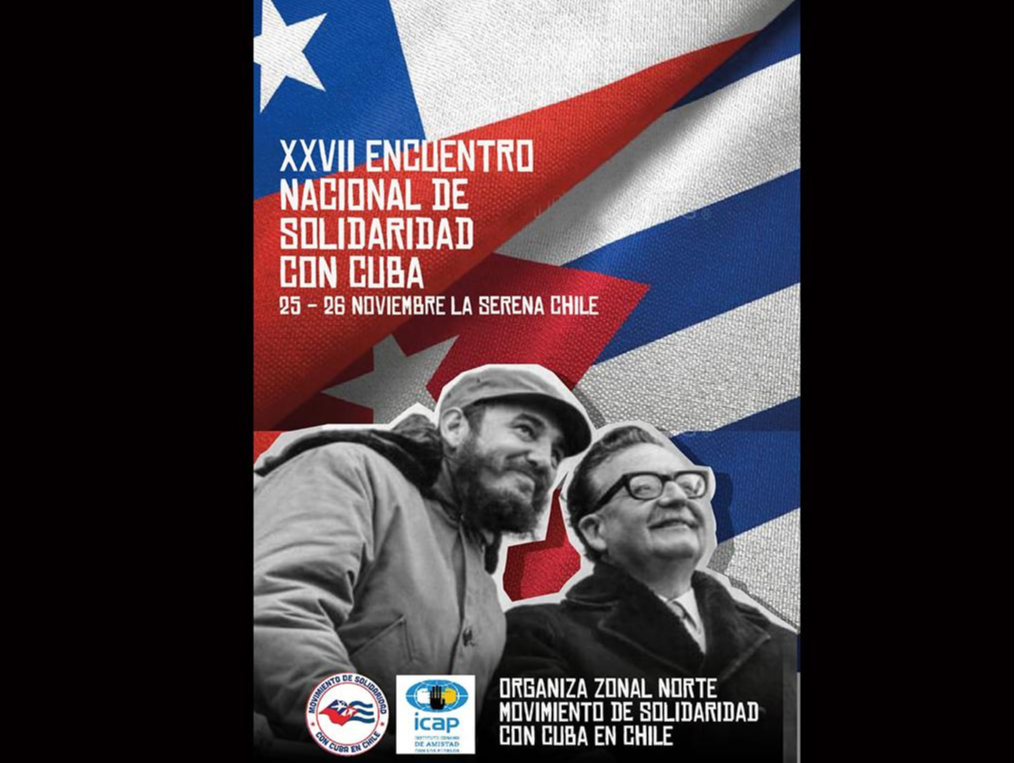 Santiago de Chile, October 15 (RHC)-- The Movement of Solidarity with Cuba in Chile is making progress in preparations for its 27th national meeting to be held on November 25 and 26 in La Serena, capital of the Coquimbo region.

Organized by the Zonal North of solidarity, the event will be held in the land of the poetess and Nobel Prize in Literature, Gabriela Mistral, who admired the Apostle of the independence of Cuba and National Hero, José Martí.

"We believe that this meeting is going to be very important, because today more than ever Cuba needs us," declared writer and councilman Luis Aguilera at the preparatory meeting.

He specified that the inaugural act will take place at the Municipal Theater and protocol visits to the Mayor's Office and the University of La Serena are also planned.

Dr. Carlos Lagos proposed that this meeting be dedicated to the historic leader of the Cuban Revolution, Fidel Castro, and to the unity of the movement of solidarity with Cuba.

Its opening will coincide with the sixth anniversary of the physical disappearance of the Commander in Chief.

The first secretary and in charge of political affairs of the Cuban embassy in Chile, Armando Guerra, pointed out that this meeting has a significant importance due to the moment his country is going through and the intensification of imperialism's campaigns to destroy the Revolution.

Guerra recalled the fire that occurred in August in fuel depots in the province of Matanzas and the passage of hurricane Ian that caused severe damages, especially in Pinar del Río.

He denounced the profusion of false news to promote the discontent of the population in view of the difficulties faced by the country, which has been subjected to a blockade for more than 60 years.

He recalled that next November Cuba will once again present at the UN a draft resolution to put an end to that economic, commercial and financial siege.

The diplomat congratulated the Northern Zone for the effort they are making to organize this meeting in the midst of a complex economic situation.