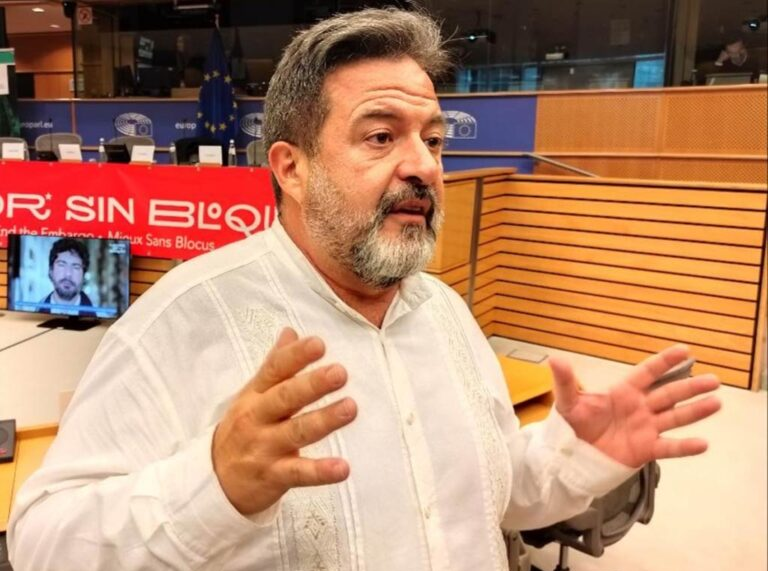 Brussels, Nov 17 (RHC) On Thursday, Spanish MEP Manu Pineda condemned and rejected the U.S. government´s persistence in brushing aside the international community´s call to lift the economic, commercial, and financial blockade against Cuba.

According to Pineda, the UN General Assembly (UNGA) has been calling for this action for 30 years, but Washington really ignores it. Pineda organized alongside colleagues from La Izquierda group a forum in the European Parliament on the US blockade, its consequences on the Cuban people, and its extraterritorial nature.

The event called “Let Cuba Live: End the Blockade” brought together a great number of social sectors from a dozen European nations, a setting in which several speakers celebrated the thirtieth resolution passed at UNGA since 1992 on the need to end the blockade.

According to Pineda, there is a pressing need for global mobilization to redouble demands on the United States to lift its criminal policy.

Pineda called on civil society to be active in the demand, which should be accompanied by concrete actions to support Cuba´s ravaged economy.

Cuba has never asked to offer its solidarity and has taught us to offer it, let’s not wait for it to call for ours, because it will not do it, it needs political support and also tangible actions, he insisted. (Prensa Latina)