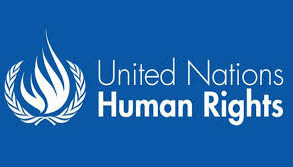 Havana, October 13 (RHC)-- Cuba was elected this Tuesday to the United Nations Human Rights Council by 170 votes in favor, 88 percent of the UN members.  The news was made known by the Cuban Minister of Foreign Affairs, Bruno Rodríguez, through his official Twitter account.

"#Cuba elected to the Human Rights Council by 170 votes, 88 percent of the members of @UN."

"Our country is part of 44 of the 61 international human rights instruments, whose compliance reports to the UN.   Despite the smear campaign, Cuba's achievements cannot be overshadowed."

Cuba was elected to the United Nations Human Rights Council, a body composed of 47 member states responsible for the promotion and protection of all human rights in the world.  A founding member of the Council that defended the former Commission on Human Rights, this is the fifth time that Cuba has occupied a seat on this body, among the eight reserved for the Group of Latin American and Caribbean States.

Firmly committed to the construction of an increasingly just society, with the well-being of the human being and social justice, our country obtained the secret, direct and individual vote of 170 members of the United Nations General Assembly, as a result of the respect and admiration for the humanist work of the Cuban Revolution, the main guarantee for the enjoyment and protection of human rights on the Island.

This honors the self-determination and resistance of the Cuban people in the face of the serious obstacles and threats caused by the unilateral policy of hostility, aggression and economic, commercial and financial blockade imposed by the United States, which constitutes a flagrant, massive and systematic violation of human rights and the main obstacle to the achievement of higher goals in this area.

It is also a recognition of the significant progress that Cuban women and men have achieved in the enjoyment of all their rights and of the extensive record of international cooperation in the field of human rights, demonstrating, through concrete facts, their unequivocal willingness to engage in respectful, frank and open dialogue.

Cuba will conduct itself on the Human Rights Council with its own constructive voice, with its experience as a developing country that defends dialogue and cooperation, contrary to punitive approaches and selectivity, in favor of the promotion and protection of human rights for all.