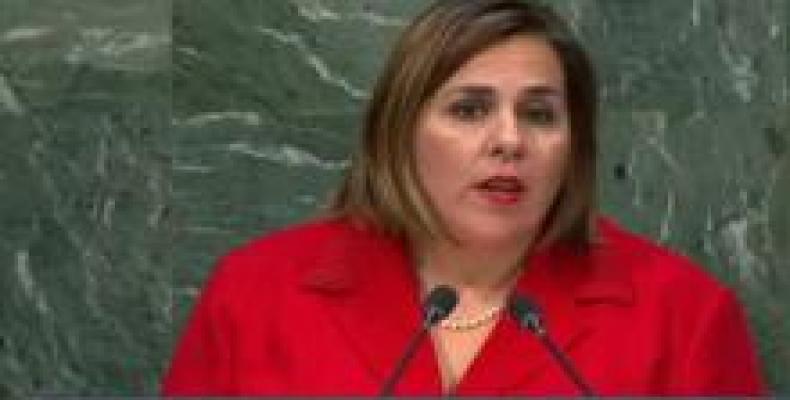 United Nations, Jul 14 (RHC-PL) -- Cuba issued a call at the UN General Assembly on Wednesday asking that the practice of double standards, selectiveness and political manipulation in the area of human rights come to an end.

On the second and last day of a forum on the issue, Cuban representative Ana Silvia Rodriguez lashed out at such practices, describing them as a failure of the old UN Human Rights Commission.

"The Human Rights Council was created to establish genuine communication and cooperation in the field, but we regret that in recent days it has been following the same paths as the extinct Human Rights Commission," Rodriguez said.

The Cuban diplomat stated her country's rejection of the imposition of prescriptions or models designed in the interests of hegemonic domination and pleaded with the organization to avoid the enthronement of concepts and doctrines that are not the result of exhaustive debate and of consensus among UN member states.

She reminded the audience that Cuba continues to be under the effects of an economic, commercial and financial blockade by the United States that is a flagrant, massive and systematical violation of the human rights of the Cuban people.