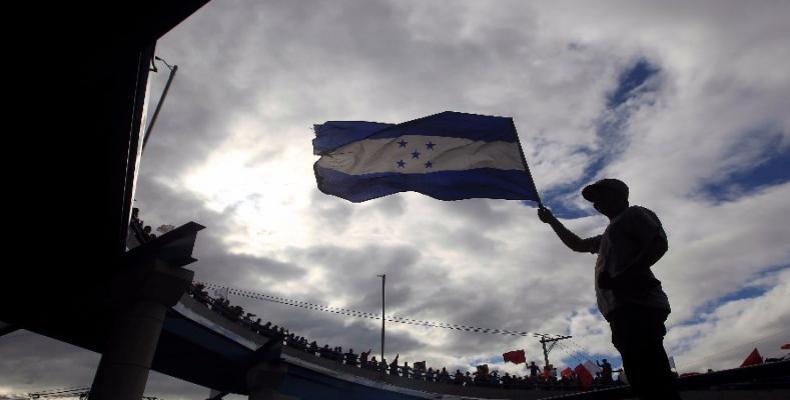 United Nations, December 14 (RHC)-- United Nations Secretary General Antonio Guterres is calling on the Honduran government to guarantee the rule of law and the protection of human rights within the country.

According to a U.N. spokesperson, Guterres “expressed his concern of violence” against Opposition Alliance protesters who have led almost daily protests against the Supreme Electoral Tribunal and President Juan Orlando Hernandez.  Protesters say the November 26th preliminary election results were rigged on the part of Hernandez, who is currently ahead of Opposition Alliance candidate Salvador Nasralla by 1.53 percent of votes.

An official presidential winner has not been announced in the two and a half weeks since millions headed to the polls.  Meanwhile, protesters on both sides have marched across city streets despite a temporary national night time curfew that ended Tuesday.  At least 16 unarmed protesters have been killed so far by Honduran military and police forces, according to Human Rights Defenders, and more than 600 have been injured.

Guterres said that he’s “confident that the (Honduran) authorities will guarantee the rule of law and respect human rights.”  Meanwhile, Human Rights Watch said there is “compelling evidence” of electoral fraud in the November 26th election and the subsequent ballot counting process. Organizational representative Jose Miguel Vivanco said the evidence “should be investigated.”  Nasralla has continually denounced the Supreme Electoral Tribunal and its director, David Matamoros, for “stealing” the election.

Former TSE director and current member of the Electoral Expert Council of Latin America Augusto Aguilar said Matamoros should nullify the previous election results and allow citizens to cast their ballots again.  Organization of American States, OAS, Secretary General Luis Almagro stopped short of saying that the TSE, the institution responsible for the electoral process, has committed electoral fraud, but that an “exhaustive and meticulous process of verification” of voter ballots should be conducted to determine this.

OAS electoral observers said there were “irregularities, errors and systematic problems” with the electoral process that has led to a “narrow result margin” between the two main candidates.  European Union and OAS observers took part in a recount of 30 percent of ballots over the weekend that Nasralla says weren’t included in the official electoral numbers.