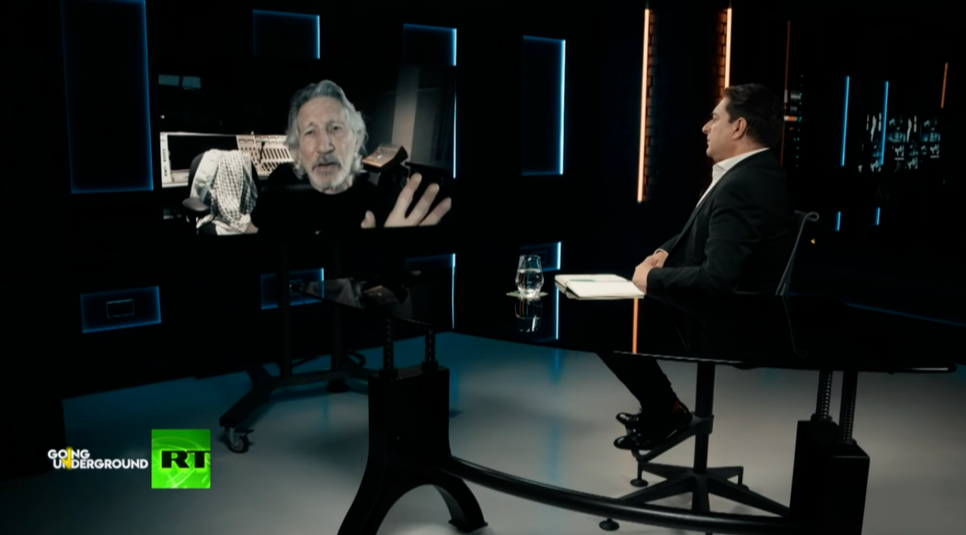 The former Pink Floyd frontman spoke to RT's Going Underground on the anniversary of the 9/11 attacks and the 1973 U.S.-backed coup in Chile, which led the right-wing dictator Augusto Pinochet to power.

London, September 12 (RHC)-- The former Pink Floyd frontman spoke to RT's Going Underground on the anniversary of the 9/11 attacks and the 1973 U.S.-backed coup in Chile, which led the right-wing dictator Augusto Pinochet to power.

"The 9/11 terrorist attacks could have been a wake-up call for the United States and the world to reassess priorities, but instead it fueled extremism and helped funnel public resources into the coffers of war profiteers," Waters told presenter Afshin Rattansi.

The U.S. response to the terrorist attacks “empowered extremism on all levels of all factions, not just jihadists from the Middle East and elsewhere,” he added.   "All of us have been encouraged to spend more and more energy on destroying each other and the world rather than using our energy to solve the evident problems."

For many people in South America and the rest of the world, the date remains a reminder of how Chilean dictator Augusto Pinochet seized power and the victims of his Washington-supported abuses.  One of the first victims of the junta was Victor Jara, a socialist activist and popular songwriter.  He was tortured and killed by the military at the soccer stadium in Santiago de Chile, which is now named after the slain poet.

Roger Waters, who covered Jara’s famous song ‘El derecho de vivir en paz’ (The Right to Live in Peace), believes its message remains as strong as ever, especially after the U.S. launched its so-called global ‘War on Terror’ in 2001.

“We still need to hold on to the idea that we, the people, actually have a right to live in peace!  This endless war bullshit, which is what the ‘War on Terror’ is -- that came from the other 9/11 -- is not working for any of us,” he said, adding that the obvious exception were “people invested in the Military Industrial Complex.”

Defense spending is “a way of taxing ordinary people.  The money taken from the taxes of ordinary working people – a lot of it goes to the Pentagon and then it's divvied up amongst all people who invest in defense.”