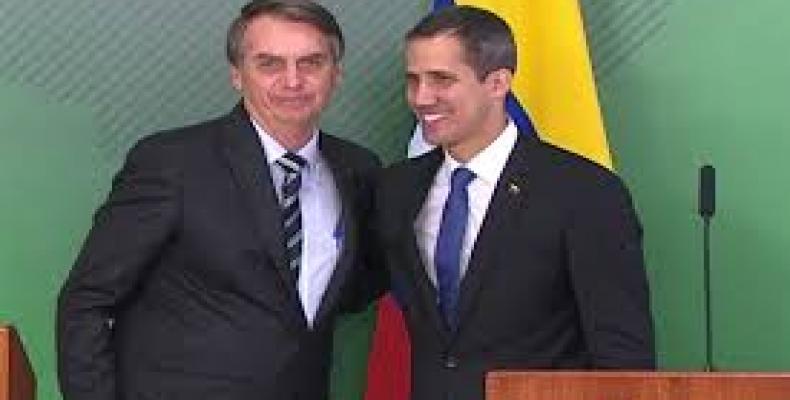 Venezuelan President Nicolás Maduro -- the real, constitutionally-elected presient -- has called Bolsonaro “a modern-day Hitler” and has accused him of plotting a military intervention in Venezuela.

Guiadó traveled to Brazil from Bogota, Colombia, where he met with other Latin American leaders who are part of the so-called Lima Group. The "president" called for U.S. military intervention in Venezuela, but was unable to convince a majority of the group to go along with his request.

Juan Guaidó’s trip to Brazil came as Venezuela’s foreign minister told a U.N. body Wednesday the United States is plotting to overthrow Venezuela’s government. Speaking at the U.N. Human Rights Council, Jorge Arreaza accused the Trump administration of “weaponizing” humanitarian aid, even as the U.S. has frozen tens of billions of dollars’ worth of Venezuelan assets.