Attacks on Saudi Arabia spark tension in the Middle East 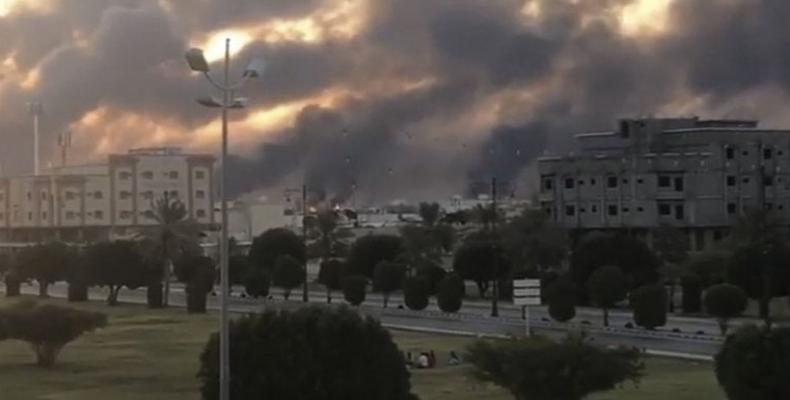 Serious political and economic tension is affecting a major part of our Planet Earth following the recent attack by groups of drones against oil installations in Saudi Arabia, including the largest oil refinery in the world.

The damage forced the stoppage of the production of five point seven million barrels per day, while distribution has not ceased since Saudi Arabia has enough storage capacity in several nations of the world, including the Netherlands and Egypt, from where it can serve its clients.

However, oil prices have shot up, mainly because of the uncertainty over when production will be resumed in the Abqaiq refinery and the Khurais oil field, the most affected sites.

This means that the most serious consequence so far is the heightened political tension sparked by the attempt on the Saudi oil industry.

Houthi rebel groups in Yemen have been identified as authors of the attack, as a reprisal against Saudi Arabian intense bombings against Houthi groups in the Yemeni peninsula.

The offensive against the Houthies attacks are conducted by fleets of planes from a coalition of oil controlling nations that wants to prevent the Houthies from taking over the rich oil fields of Saudi Arabia and control access to the Red Sea and over the Suez Canal.

Without any supporting evidence, the US Secretary of State Mike Pompeo directly accused Iran, in a Tweet in which he vowed continued US military support for Washington's control over the rich oil fields in Saudi Arabia.

The Saudi monarchy has been more prudent, and only announced that it is working to restore the damages and will continue oil extraction as soon as possible.

In Moscow, the Russian Government has urged against a rush in the implementation of measures that could rise tensions in the area. For its part, China, also a Security Council Permanent member, declared that a thorough investigation should be conducted to identify the culprits and called for moderation.

It is a highly volatile region, especially after the war launched by Saudi Arabia against Yemen with a very high cost in human victims, and also by the US abandonment of its nuclear treaty with Iran, a decision that altered the delicate balance that had been achieved following several years of heavy negotiations.

Some Western politicians would do well in remembering the discovery by Isaac Newton of the elementary laws of physics, especially that one that notes that all actions generate an equal and opposite reaction.