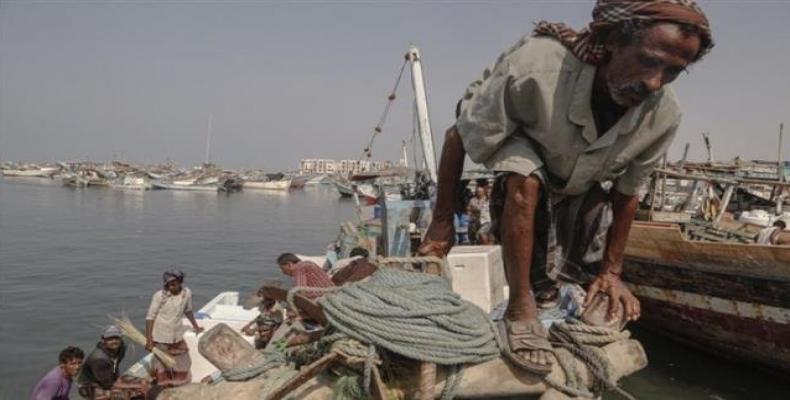 Sanaa, September 19 (RHC)-- More than a dozen Yemeni fishermen have lost their lives when Saudi fighter jets targeted their fishing boats off the coast of the western province of Hudaydah as the Riyadh regime presses ahead with its military campaign against its crisis-hit southern neighbor.

Separately, a barrage of artillery rounds and mortar shells, launched by Saudi military forces, rained down on the Razih district in Yemen’s mountainous northwestern province of Sa’ada.  There were no immediate reports about possible casualties and the extent of damage caused.

Moreover, two civilians were killed and a bulldozer destroyed following a Saudi aerial attack on the al-Durayhimi district of Hudaydah province.

Later in the day, Yemeni army soldiers, backed by fighters from allied Popular Committees, fired a domestically-manufactured Badr-1 ballistic missile at the al-Mostahaddeth base in Saudi Arabia’s southwestern border region of Asir. No reports of casualties were quickly available.

Saudi Arabia and a number of its regional allies launched a devastating military campaign against Yemen in March 2015, with the aim of bringing the government of former president Abd Rabbuh Mansur Hadi back to power and crushing the country’s Houthi Ansarullah movement.

Some 15,000 Yemenis have been killed and thousands more injured since the onset of the Saudi-led aggression.  More than 2,200 others have died of cholera, and the crisis has triggered what the United Nations has described as the world's worst humanitarian disaster.