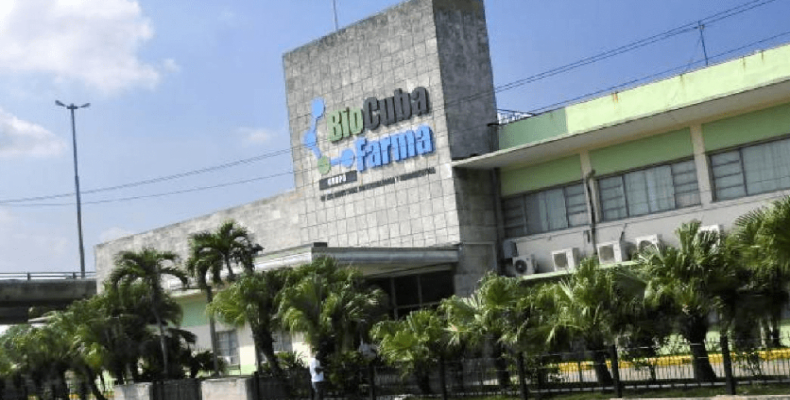 The Cuban evening news television/radio program La Mesa Redonda of April 13 was dedicated to the theme of the battle of Cuban science against Covid-19, including efforts to make a vaccine. Among the panelists who addressed the question of a vaccine were Dr. Eduardo Martínez Díaz, President of BioCubaFarma; Dr. Vicente Vérez Bencomó, Director General of Vaccines of the Finley Institute; and Dr. Gerardo E. Guillén Nieto, Director of the Center for Genetic Engineering and Biotechnology Biomedic Research of BioCubaFarma.

Dr. Vérez explained the logic behind the Cuban general vaccine project. Sometimes the SARS-CoV-2 virus enters the human body but does not attain its goal, in that some individuals are able to attain an equilibrium with the virus, and symptoms do not appear. Asymptomatic persons are contaminated by the virus, but we do not know that they are, so they are an epidemiological nightmare. But they are successful individuals, in the sense that their system has managed to control the virus, and it has prevented the virus from provoking the disease. Therefore, we have to understand how these asymptomatic persons do it. What characteristics do their immune systems have, in contrast to other individuals where the equilibrium between the host and the virus is broken, and the virus is able to overcome the immune system, leading to the appearance of symptoms, either in a light or serious form.

What is responsible, Dr. Vérez asks, for that equilibrium that enables an individual to control the virus? The answer is not specific immunity. Since the virus is new, asymptomatic individuals cannot have specific immunity; they are controlling the virus through another characteristic of their immune systems. We are speaking of an unspecific immunity, or a so-called natural immunity or innate immunity, which we all have, but not in equal amounts. Now, this innate immunity could help us to move the clinical development of the disease, trying to reduce transition to a serious condition. If we were able to supply that which the innate immunity is supplying, we could change the balance, increasing the percentage of persons who are asymptomatic, and decreasing the percentage that are gravely ill. We would have more persons that are able to control the virus.

So what can we do, Dr. Vérez asks? Cuba has two vaccines that are potent stimulators of the innate immune system. For example, the Finley Institute developed a vaccine for a previous big epidemic in the 1980s and 1990s, for the treatment of meningitis, where it was necessary to develop a vaccine that was a great stimulator of the innate immune system. The vaccine is so powerful that Cuba has been using it for some forms of cancer and for some allergy vaccines.

The idea, then, is to stimulate the immune system with one or both of these vaccines, in order to reduce the number of persons that become seriously ill and to reduce the percentage that have symptoms. This would reduce the impact of the disease, until we have a specific vaccine.

Dr. Guillén continued the explanation. He reported that a number of Cuban institutions are participating in a project that attained approval for clinical studies on March 26, in record time. And on March 27, trials were initiated with the first volunteers, persons with a certain level of symptoms and had contact with possible carriers of the virus. And, Dr. Guillén further reports, we now are observing that the vaccine is stimulating the immune system. There is solid evidence of the activation of the immune system, but in addition, of the passing of information to the immune system concerning the virus itself, such that the vaccine is stimulating the activation of an immune response specific to Covid-19 as well as a general immune response. So that we are at the two levels at the same time, stimulating the immune system to respond to any virus, and at the same time stimulating a specific response to Covid-19.

Giving the viewer time to take in these astonishing discourses, there was a commercial break. Not paid advertising, of course; we are in socialist Cuba. Rather, an informercial, exalting the virtues of Biomodulina T, a product of the Cuban National Center for Biopreparation, generally known as BIOCEN. This pharmaceutical product, we learned, is effective in restoring immunological deficit, and it has been used to treat elderly patients with respiratory infections. It is presently undergoing clinical trials for the treatment of children with thymus infections, for complementary therapy for oncological patients, for HIV/AIDS, and for severe sepsis.

The live broadcast resumed, and the distinguished scientists turned to discussion of Interferon. They observed that Interferon is created naturally in the body; it is an immunological substance that actives mechanisms against a virus. In studies of previous coronaviruses, it had been observed that infected patients had reduced levels of Interferon, and they therefore were treated with Interferon Alfa 2B, a Cuban pharmaceutical product. Cuba had discovered how to create Interferon in the laboratory in the 1980s, and it today is produced by the Cuban Center for Genetic Engineering and Biotechnology and commercialized internationally by BIOCEN as well as by a joint Cuban-Chinese company in China. When the epidemic of the new coronavirus broke out in China, the Interferon Alfa 2B compound was one of the drugs used in treatment, and it is one of four drugs recommended by the World Health Organizations for the treatment of Covid-19. To date, seventy-one countries have requested Cuba for the drug.

The scientists reported that Interferon, in addition to being used in treatment, is connected to their efforts to create a general vaccine. “We are now analyzing the possibility of giving Interferon to our medical specialists as a preventive measure, a preventive medicine that stimulates the immune system. And we are combining various species of Interferon to see if they might function as a vaccine.”

An article in the April 15 issue of Granma reports on a similar evaluation of the previously mentioned drug of the informercial, Biomodulina T. The article describes the drug as a totally natural immunostimulant that has been proven useful in retarding the process of the gradual deterioration of the immune system as a result of aging. The article explained that Biomodulina T is under evaluation as a preventive medicine for persons that work directly with Covid-19 patients as well as persons of high risk, such as the elderly or those with associated chronic diseases.

All of these scientific investigations pertain to the search for a general vaccine that could prevent or greatly reduce the propagation of Covid-19, as a temporary measure until a specific vaccine can be found. At the conclusion of the April 13 Mesa Redonda, the scientists were asked about Cuban efforts to develop a specific vaccine.

Dr. Vérez observed that it is a tremendous challenge. We have to understand better the tricks of the virus and its many escape mechanisms. In our many intermediary projects looking for a temporary, general virus, and in our study of the previous coronavirus cousins of Covd-19, we have observed that one of its tricks is to kidnap the immune system and get it to work for it, to multiply it. If we could figure out how to stop that trick… It is a great challenge, and many scientific institutions of the world are working on it. We should remember that historically, most vaccines arrive later, after the virus is reduced by emergency measures.

Dr. Guillén also observed that the specific vaccine is a great challenge, a process that takes fifteen to twenty years, for it goes beyond redirecting existing products as an emergency measure. There will be a coordinated effort in Cuba, with the participation of all institutions. Cuba will look for international cooperation, with China, for example, which has the capacity to develop laboratories of high-security. Cuba already is cooperating with China in the area of biotechnology and the pharmaceutical industry. In any project of international cooperation, Cuba has something to offer: it already has a product that is capable of generating a specific protection.

Independent of these efforts for general and specific vaccines, Cuba has responded to the Covid-19 pandemic is an exemplary form. It has formulated and has called the people to the support of a comprehensive, scientifically informed plan; it is producing medicines for the treatment of the infirmity in Cuba and in the world; and it has sent medical brigades to twenty countries. This response has been made possible by its historic commitment to science, health, and education, which is a consequence of a political process controlled by delegates of the people rather than representatives of corporate interests.