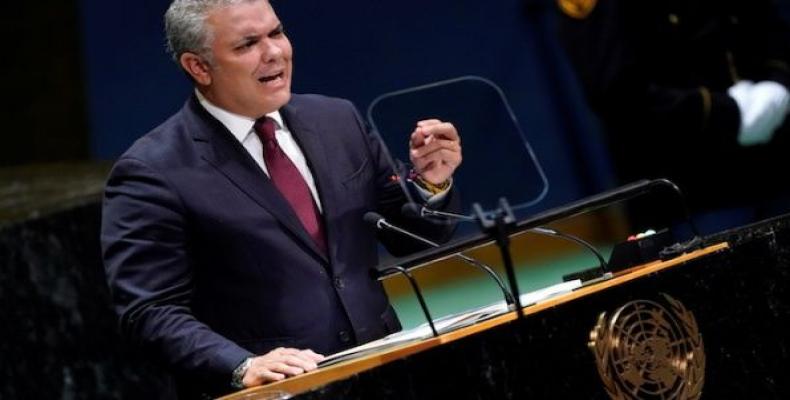 One of the top news stories of the week was the arrest warrant issued by the Investigation Chamber of the Colombian Supreme Court of Justice.  It was issued against Álvaro Uribe, former president of the country and current senator, for the alleged crimes of bribery and procedural fraud.

Although the leader of the far-right party Centro Democrático was confined to house arrest, this information generated a wave of satisfaction in that South American nation, since the population feared that Uribe would remain unpunished throughout his entire life.

For a long time, several political and social sectors have argued that Uribe is closely linked to the rise of paramilitarism, espionage, the persecution and murder of social leaders and opponents, and other crimes, such as the so-called "false positives" scandal.

This plot consisted of the murder of innocent young people, who were said to be guerrilla fighters killed in combat, in this way, soldiers and army officers could collect monetary prizes.

Although it has never been proven, he is also linked to some leaders of drug trafficking gangs that send drugs to the United States, and the authorities remain silent in this regard.

The Supreme Court specifically accuses Uribe of manipulating, through his lawyers, witnesses who identify him as the founder of irregular armed gangs.

Diego Cadena, one of the jurists, acknowledged giving a sum of money to former paramilitary Juan Guillermo Monsalve, currently in prison, although he said it was for "humanitarian reasons" and not to blackmail him.

Monsalve had declared in 2013 that in the “Guacharacas” farm, owned by the Uribe family, one of these groups had been created, but after receiving the funds he just retracted his confessions.

The magistrates of the Supreme Court decided to apply to the lawyer Cadena the house arrest sentence meanwhile his participation in these events is been clarified.

A statement from the highest Colombian court indicates that they have evidence that apparently points to the former president as the author of the crimes of bribery of witnesses in judicial proceedings and procedural fraud.

President Iván Duque, Álvaro Uribe's political godson, opted for the innocence of his mentor, while progressive senator Iván Cepeda recalled that no one is above the law.

It will be a difficult journey in pursuit of the truth, hidden for so many years, but at least a first step has already been taken, and as the saying goes: "Better late than never."