Let's save the planet 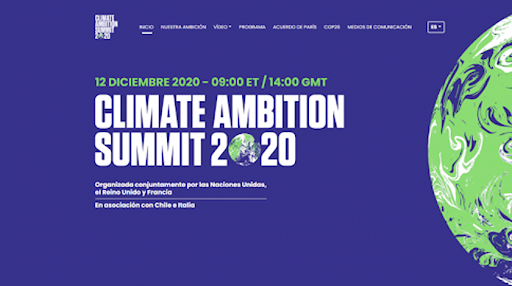 Let's save the planet

To celebrate the fifth anniversary of the signing of the Paris Agreement, the United Nations held the Climate Ambition Summit to renew the commitments of all nations to combat global warming.

Representatives from 77 countries, organizations and companies convened via Internet and agreed on the need to protect and enforce the pact signed in Paris and prevent the temperature from rising above two degrees Celsius by the end of this century compared to the average of pre-industrial era.

If that were to occur, the planet would be subjected to a series of catastrophes much greater than those known so far and all living organisms would be in danger.

The Paris Agreement was heavily affected during Donald Trump’s administration, which immediately after taking office withdrew the United States from that mechanism, even though the U.S. is one of the main polluters.

In addition, many governments were forced this year to divert significant resources in order to strengthen their healthcare systems and restore their battered economies due to the COVID-19 pandemic.

This is why the UN Secretary General Antonio Guterres called on participants to ensure that these events do not stand in the way of their commitment to reduce or stop the emission of greenhouse gases into the atmosphere.

In fact, apart from the pandemic and the selfish attitude of the U.S. administration, there has been little political will in many governments during this five-year period to put into practice what was agreed upon in Paris.

Nevertheless, some advances were made at the recent summit.  China, for instance, committed itself to increase the share of non-fossil fuels in energy consumption to about 25% by 2030.

Pakistan announced that it will stop building coal-fired power plants and, India will double its goal concerning it’s use of renewable energy.

Cuba said it will have an energy matrix with a 24% of electricity generation from renewable sources by 2030; it will halve the use of fossil fuels in land vehicles and increase forest coverage to a 33%.

It’s worth recalling the warning of French geneticist Albert Jacquard when he said that the extinction of human beings would be a tragedy from the biological point of view -- but the next day animals, birds and forests would be happier.