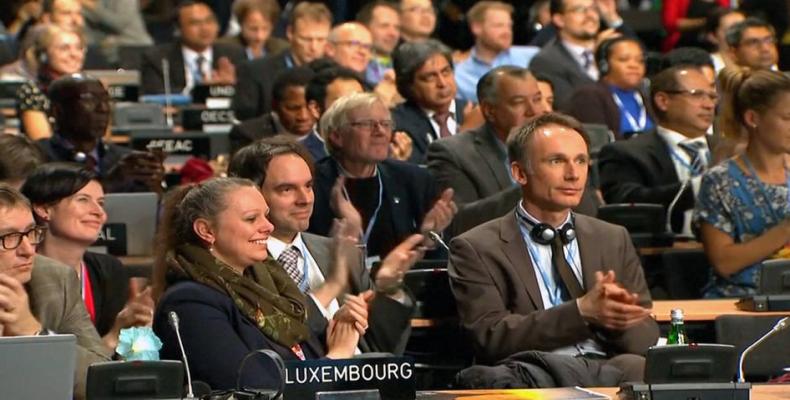 Warsaw, December 17 (RHC)-- Delegates from nearly 200 countries have agreed to a United Nations deal on climate change that seeks to keep global temperatures from rising by more than 1.5 degrees Celsius -- or 2.7 degrees Fahrenheit.

The deal, brokered in a marathon session as two weeks of climate negotiations came to an end in Katowice, Poland, on Saturday, sets a so-called rulebook on how to implement the 2015 Paris climate agreement.

Greenpeace executive director Jennifer Morgan welcomed the outcome as an important step but said countries still have to do far more to prevent the worst effects of catastrophic climate change.  She said: “On this rulebook, I think that is a solid outcome.  Basically what you now have is that all countries -- the U.S., China, Europe, South Africa, etc. -- have accepted binding rules and common rules to report and review what they’re doing.  And that’s important. But that doesn’t substitute for the need to build ambition and to say, 'OK, we get it.  We're going to go and increase our ambition,’ because it’s really the very existence of islands and people that’s at stake here.”