Science in Cuba benefits the welfare of society 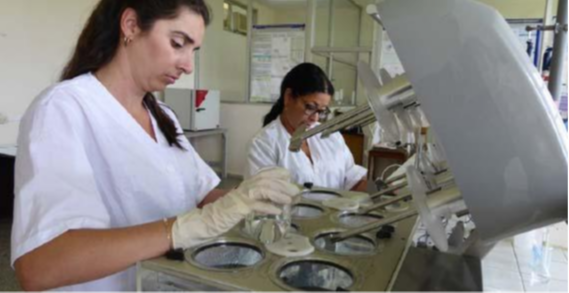 Since 2001, the World Science Day for Peace and Development has been celebrated on November 10, an initiative of UNESCO, the United Nations Educational, Scientific and Cultural Organization, to raise awareness of the need to put knowledge to the benefit of society as a whole.

Science has always played an essential role in confronting various problems such as underdevelopment, hunger, poverty, disease and climate change.

In Cuba, this discipline is an undeniable example of how much can be done in favor of peace and development. Invaluable are its contributions in various spheres, especially in health, which have saved countless lives.

During the COVID 19 pandemic, the Cuban scientific community was on the front line from the beginning. We owe to the ideas and suggestions of this highly qualified personnel the implementation of adequate protocols for confronting the virus.

Our researchers made possible the immunization of the population by creating three highly safe and effective vaccines against the disease caused by the new coronavirus. Cuba became the first country in Latin America and the Caribbean to have its own immunosystems, successfully applied also to children and adolescents.

But Cuban science has gone beyond our borders; with medicines of proven efficacy it has also contributed to increase the quality of life of many people in the world with certain ailments such as diabetic foot ulcer.

Cooperation in medical missions in every corner of the world is a clear example of the use of knowledge in favor of peace. As are the various initiatives developed by Cuba that have benefited numerous people.  For example, we have Operation Miracle, an ophthalmological rehabilitation program, and the study in several nations of people with disabilities.

Their contributions have also been essential, for example, in the fight against climate change, not only in our country, but also in other nations in the area. Many studies in Caribbean islands on sea level rise and greenhouse gas emissions have been developed from Cuban territory.

Likewise, Cuban professionals make up a large part of the scientific potential of an important climate research center in Belize.

In Cuba, the contributions of science have always been placed at the disposal of the country's progress in different branches and the welfare of the population and the citizens of other nations, as a modest contribution to peace and for a better world.