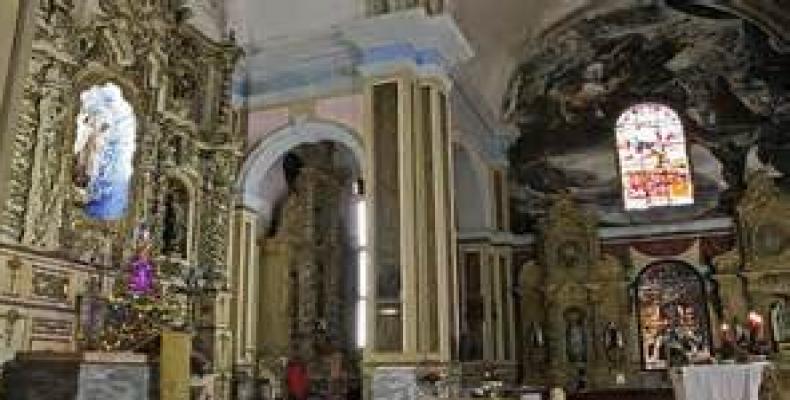 Misael Batista Suárez, member of the Discalced Carmelites Congregation, is the priest of the Catholic church Nuestra Señora del Carmen located in Vedado in Havana. This Dominican has been living in Cuba for three years and offered an interview to Radio Havana Cuba, in which he talked about the preparations of the Cuban Church for the welcoming of the Pope who will be visiting Havana on the 19th of September.

"For several months now, different documentaries about the Pope have been shown in the churches. This way, people can get aquainted with him, have a much closer and personal idea of who he is. Also, in different places of the Archdiocese, there have been Christian concerts where we also play the short film documentaries about the Pope. And on Sunday, we will begin the 9th celebrations of Our Lady of Charity, the Patron Saint of Cuba."

This is the first Latin American Pope, which of course makes us all feel very proud. I would like to know what's your opinion about the declarations the Pope has made during his visits to other Latin American countries?

"The Pope has phrases and gestures that have won our, and I think the whole world's, heart. He has said that we Christians must go out and not isolate ourselves. He's told us to make our faith feel alive and to inspire people to feel this as well."

You've been in Cuba for three years now and for about 10 years we've seen the relations between the Catholic Church and the Cuban goverment flourish. What do you think of this?

"Despite my brief experience in Cuba I can say, from what I hear, that the relations between both are very good. Here in our church, we had a priest who worked 54 years and who always wanted to perform a Way of the Cross on the streets, but couldn't. After 54 years, when I asked for it they allowed it and that was a sign for the people and for other priests as well. Everybody is very happy because the State and the church are getting along very well."

Other than Brazil, Cuba is the only Latin American country that has been visited by three Popes. To what do we owe this to?

"It's because of the historical circumstances in our region, that's why he is coming. We've seen the work that has been done to restablish relations between Cuba and the U.S., relations that had been broken for a long time. Small steps are being taken and that's why the Pope is coming. He wants to promote understanding, peace and unity between people."

What to do think will happen after the visit of the Pope to our country?

"You've mentioned the three Popes that have visited Cuba over the past years. Each time a Pope has visited, he has left something, especially hope. We as a people, as a nation, need hope to live with enthusiasm. The Pope will leave us full of hope to think, to build the present and the future because that's what we need."