The revolutionary values of Antonio Maceo 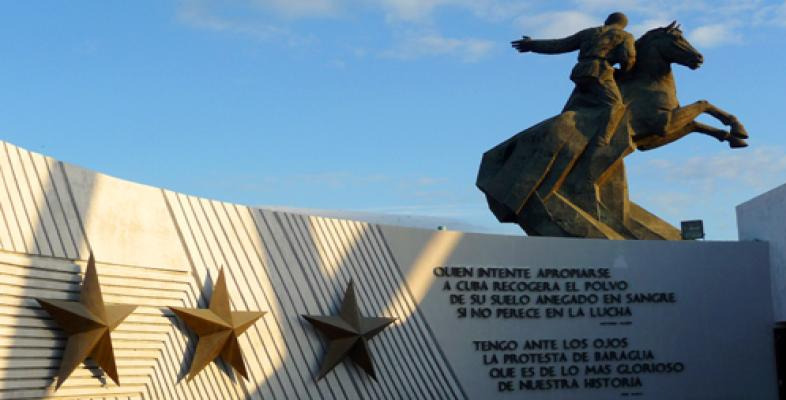 The revolutionary values of Antonio Maceo

Armando Hart, who died on November 26, 2017 -- one year and one day after Fidel Castro’s death -- was then the Minister of Education and a member of the Politburo of the Communist Party of Cuba.  During the tribute rendered to Antonio Maceo, he recalled that the Bronze Titan had rejected, on March 15, 1878, the Spanish agreement that failed to recognize Cuban independence or to immediately abolish slavery.  This action taught Cubans the value of revolutionary intransigence.

Thus, Antonio Maceo reaffirmed the permanent values of Cuba's secular struggle for liberation, the implacable desire to defend national sovereignty, the radical anti-imperialism bequeathed by José Martí, the revolutionary audacity and the capacity of its leaders throughout history to set the objectives and sustain our principles without making any concessions.

Maceo's position in Mangos de Baraguá, located in the current province of Santiago de Cuba, shaped the conduct of the leaders of the Cuban Revolution.  Our people remember Ernesto Guevara's farewell letter, when referring to the October Crisis of 1962.  He tells Commander Fidel Castro: "By your side, I felt the pride of belonging to our nation in the bright and gloomy days of the Caribbean Crisis."

The ideals of Maceo, Martí, Fidel and Ché still prevail on this small Caribbean island, which has resisted the blockade and the aggressions of the most powerful imperialist empire in the world, and for more than six decades has firmly maintained its principles.