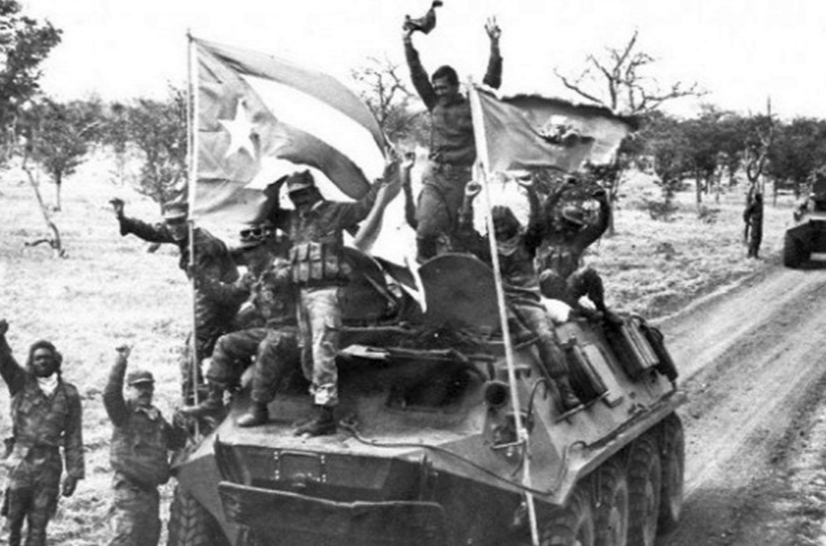 Cuba commemorates the beginning of Operation Carlota through which the Caribbean island collaborated in the struggle for the independence of the current Republic of Angola and other South African nations.

On November 5, 1975, the Cuban government decided to send troops to the African country in response to a request for help from the Popular Movement for the Liberation of Angola (MPLA), which was facing external aggression aimed at thwarting independence.

Around 300,000 Cubans took part in the conflict in which more than 2,000 of them gave their lives and whose result was also the liberation of Namibia and the elimination of the apartheid regime in South Africa.

The military operation, which lasted until 1991, was called Carlota in honor of one of the slaves who led the slave uprising in the Triunvirato sugar mill in the western province of Matanzas.

The historical event, which also took place on November 5, but in 1843, is considered one of the most important events in the development of the anti-slavery thinking that would set principles in the independence ideals of Cubans during the war of national liberation.

With the aid to Angola, Cuba was fulfilling an elementary internationalist duty, as explained by the leader of the Cuban Revolution Fidel Castro on December 22, 1975, during the closing of the first congress of the Communist Party.

The military triumphs of Cuito Cuanavale, Quifangondo, Cabinda, Ebo, together with diplomatic actions, determined that on December 22, 1988 Cuba, Angola and South Africa signed an agreement that changed the history of the continent.

South African leader Nelson Mandela  -- then still in prison -- pointed out that this was a definitive turning point to complete the liberation of the continent, including the defeat of the apartheid regime.