Operation Carlota: One of the Most Outstanding Military Feats in Modern History 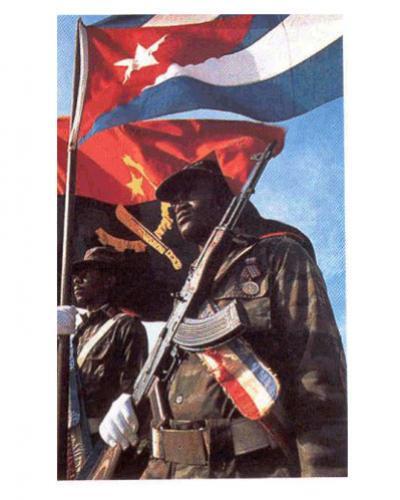 On 25 April 1974, the Carnation Revolution took place in Portugal, ending one of the oldest dictatorships in Europe and accelerating the independence in the Portuguese colonies in Africa, one of them in Angola, where a liberation war had erupted back in 1961.

The birth of freedom in Angola was complex, and dark forces threatened to snuff it out. For 13 years until 1974, three armed groups were fighting for Angola's independence from Portugal: the Soviet-backed Popular Movement for the Liberation of Angola the MPLA with its armed wing FAPLA, led by Agostinho Neto; the conservative National Liberation Front of Angola the FNLA, led by Holden Roberto and supported by Mobutu Sese Seko of Zaïre; and UNITA, led by Jonas Savimbi, a former Maoist who broke away from the National Liberation Front of Angola FNLA, and later sponsored by the U.S. Central Intelligence Agency and South Africa.

Of the three of them, only the first one, the Movement for the Liberation of Angola MPLA, had a truly progressive national project.

At Washington’s behest, the latter two combined to launch an invasion on several fronts against the independence forces headed by the MPLA.

Free Angola would have died before being born, but in such delicate circumstances the MPLA’s Agostinho Neto asked far away Cuba for help. Cuba, a small island nation, blockaded by the strongest power in the world and almost ten thousand kilometers away, issued a prompt answer: Cuba’s return message to Angola changed the course of the war and of history in a vast area of Africa’s South Western corner.

On the 2nd. of November 1975, in the town of Caporolo, a group of Cuban advisors faced opposing forces, and for the first time Cuban and Angolan blood was spilled together on African soil. On the 4th. of November, after learning of that battle, the Commander in Chief and Historic Leader of the Cuban Revolution, Fidel Castro, ordered the deployment of the first Cuban combat units by air and sea. Thus began Operation Carlota, one of the most outstanding military feats in modern history.

The Cuban troops and the patriotic Angolan Forces commanded by the MPLA, the Movement for the Liberation of Angola, resoundingly defeated the aggressors near Luanda, Angola’s capital, and in Cabinda, an Angolan enclave in Congolese territory. The historic victory allowed Angolan leader Agostinho Neto to proclaim the full independence of Angola on the 11th of November 1975.

But the Free Angolan history had just begun. The fury of the United States and of its ally, racist South Africa, promoter of apartheid, unleashed a war that ended with an impressive victory of the freedom forces —Angolan and Cuban— topped by the historic Cuito Canavale battle, between December 1987 and March 1988, which broke the back bone of the South African racist regime.

The consolidation of the sovereignty of Angola, the independence of Namibia, coupled with the ousting of the racist regime in South Africa and the installation of a democratic government in that former aggressive nation, were direct results of Cuito Canavale battle. 300,000 Cubans participated in that historic saga, while 2000 lost their lives in combat.

When Cuba returned home from Africa after fulfilling this honorable internationalist mission it not only brought back the honor of its gallant participation, but also the bodies of its fallen sons, who were buried in their own soil.

In a speech to the Cuban people delivered while visiting Cuba in 1991, Nelson Mandela repeatedly reiterated that the battle of Cuito Cuanavale "marked an important step in the struggle to free our country and the continent of the scourge of apartheid.”