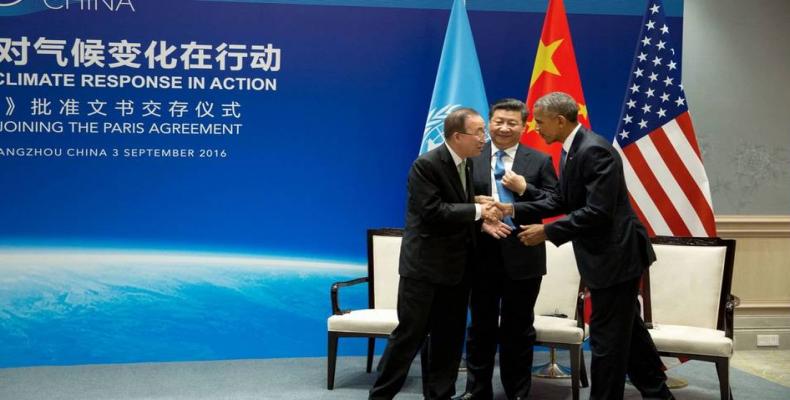 Beijing, September 6 (RHC)-- The United States and China have formally committed to the Paris climate agreement aimed at slowing climate change, during U.S. President Barack Obama’s trip to China for the G-20 summit.

Combined, the U.S. and China produce nearly 40 percent of the world’s carbon emissions.  Twenty-six countries have now ratified the accord, which the United Nations has slated to go into effect on January 1, 2017, as long as at least 55 countries representing 55 percent or more of the world’s total emissions have signed on.

This comes as the world has experienced 15 straight months of record-smashing temperatures amid human-fueled climate change.  July was the hottest month ever recorded.  Experts say the greenhouse gas cuts promised in the Paris climate deal are insufficient to avert dangerous global warming.