Cuban Minister of Science, Technology and Environment Meets with French Secretary of State 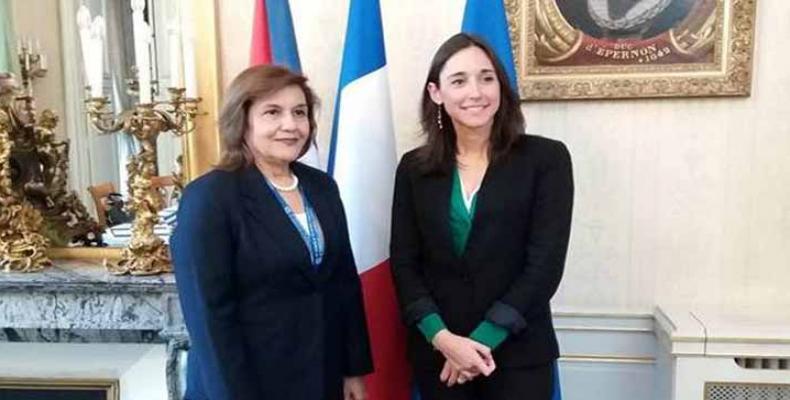 During the meeting, the speakers discussed the main issues on the bilateral agenda, and ratified the interest of both parties to cooperate in specific research projects, exchanges on environmental issues and confronting climate change.

The Cuban minister heads the delegation that is participating in the thirty-ninth General Conference of Unesco, United Nations Organization for Education, Science and Culture.

As part of the program, she presented to the diplomats, specialists and representatives of international organizations the 'Tarea Vida' (life task), a state plan conceived by the Cuban government to face climate change.