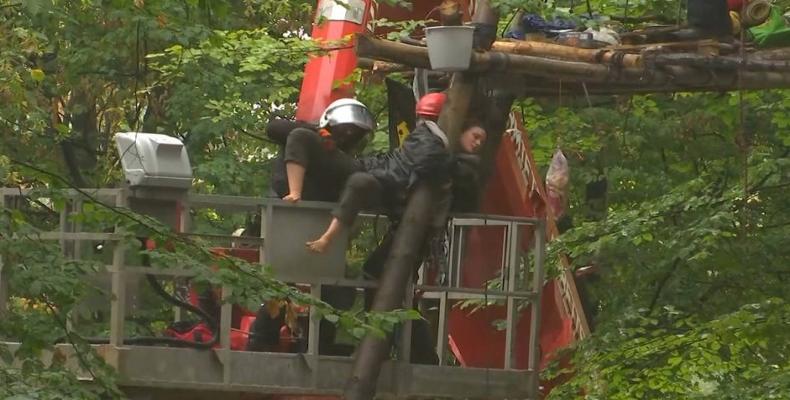 Berlin, September 19 (RHC)-- In Germany, thousands protested against the planned expansion of a coal mine in the ancient Hambach Forest.  The expansion would require clearing the forest, which has been occupied by environmental activists since 2012 in an effort to prevent the project from moving forward.

Forced evictions of activists’ treehouses started last week after German authorities ordered the immediate clearing of the area.  The mine is the largest open-pit coal mine in Europe, produces a highly polluting fossil fuel called lignite.