Carnivals kicked off in Havana this weekend, will extend for two more weeks 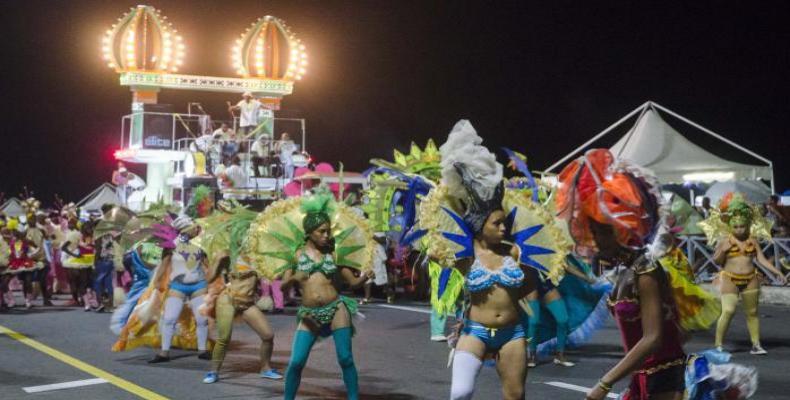 Havana, August 20 (RHC)-- The famous Havana Carnival kicked off in the Cuban capital over the weekend, with music, dances, floats as well as food and drinks, in an expanded program celebrating the 500th anniversary of the city's founding next year.

Carnivals in Cuba date back to the period of Spanish colonial rule. They are an expression of the diversity of the Cuban culture and its popular roots, with a marked influence of Afro-Cuban religions and Spanish heritage.

Over the next two weekends, Havana's seaside drive, the Malecon, will be the setting of this gigantic festivity. "The festival is a Cuban tradition, passed from generation to generation," according to Orlando Betancourt, leader of the dance troop "Jovenes del Este" (Youth of the East).

The first carnival in the Cuban capital was held on February 24, 1895.  They ran in February until the early 1960s.  After the Cuban Revolution, the carnivals were moved to the summer to coincide with the end of the sugar harvest and other important historical dates.