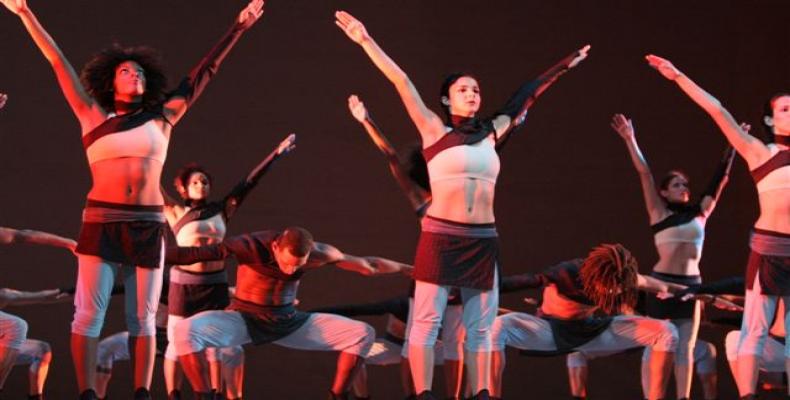 The big production includes the live performance of Havana’s Grand Theater Symphony and the National Lyrical Theater, conducted by maestro Giovanni Duarte. Dance, singing and live music are part of the show that reinterprets, in a contemporary manner, one of the most important and well-known scores by Wolfgang Amadeus Mozart. ‘Réquiem’ was premiered in November at the National Auditorium in Mexico City and re-premiered at Havana’s Grand Theater last weekend. It follows the steps of another of the company’s mega-production –Carmina Burana-, also premiered by the Cuban modern dance troupe on the same Mexican stage in 2008.