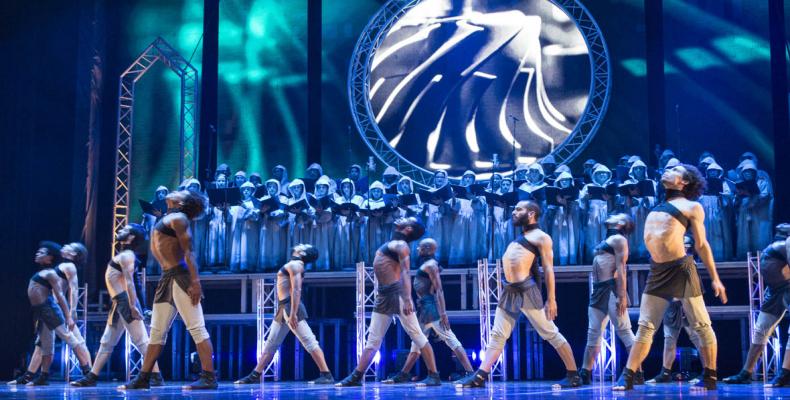 Havana, September 27 (RHC) - The Cuban Contemporary Dance Company (DCC) presented the show ‘Carmina Burana’ on Friday at the National Theater’s Avellaneda Hall to celebrate its 60th birthday. Other performances will be held on Saturday, September 28 and Sunday September 29, and on October 4, 5 and 6.

Choreographed by George Céspedes, with a score by Carl Orff, the DCC version is a multidisciplinary piece, in which, in addition to the dancers, the National Symphony Orchestra, the National Lyrical Theater and the Children's Choir ‘Diminuto’ are on hand. The DCC version of Carmina Burana reinterprets a series of medieval poems and is conceived on the basis of what the German composer imagined as a total integration of music, movement on stage, singing and narration, represented as a cantata.

The Cuban Contemporary Dance ensemble was founded in 1959 by maestro Ramiro Guerra as the National Modern Dance Ensemble. Throughout the years it has become the world’s best known Cuban contemporary troupe and the basis of other groups that were established later.