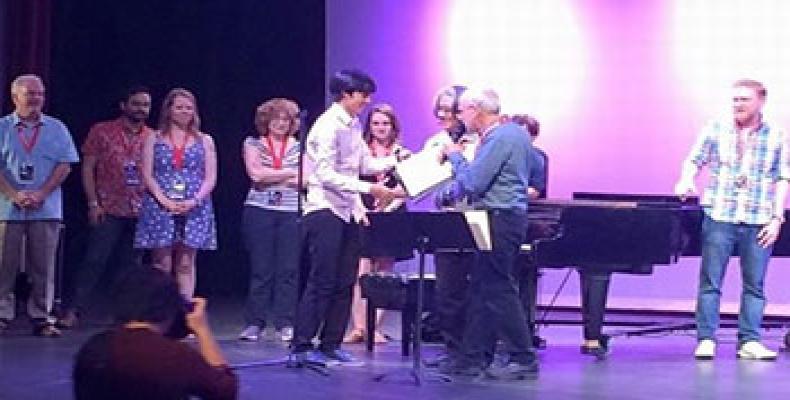 The young Cuban pianist has expressed his pride and joy for having played with Tania Haase at the impressive Amsterdam Concertgebouw Hall in the Netherlands. At the Dutch competition and stage the two musicians represented Cuban culture with the piece Viernes de Ciudad (City Friday) by Aldo López-Gavilán, showcasing the quality of the island’s artistic teaching. The International Grand Prize Virtuoso Music Competition is open to all nationalities and ages in areas like strings, piano, vocal and chamber music and is aimed at encouraging young musicians to play and grow, finding artists with a strong artistic personality and stamina on stage.

Rodrigo García and Tania Haase are members of the United Nations network of artists in favor of non-violence against women and girls and the ambassador of the Iberian American and African network of masculinities.  García Ameneiro studied piano in Havana’s Manuel Saumell Music School under the guidance of maestra Hortensia Upman and at the Amadeo Roldán Music School under the tutelage of pianist Aldo López-Gavilán.

He made his debut at the Youth Symphony Orchestra conducted by maestra Daiana García and has shared the stage with outstanding Cuban musicians, such as Aldo López Gavilán; Dairamir González; Ernán López-Nussa; Rochy Ameneiro; Carlos Varela; X Alfonso and Raúl Paz.  García Ameneiro is the son of Cuban singer-songwriter Rochy Ameneiro and producer Josué García.

Tania Haase is a 20-year-old Cuban violinist.  She studied violin at Manuel Saumell and Amadeo Roldán and is currently studying at the Instituto Superior de Arte, ISA, in Havana.   She has had the honor of studying under Cuban violinists and professors Africa Rodriguez, Ala Tarán and Alfredo Muñoz.