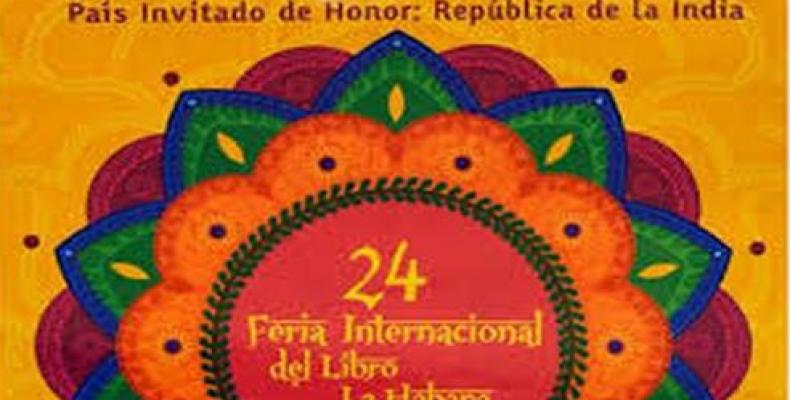 Dedicated to writers Leonardo Acosta, Olga Portuondo and India as a guest of honor, the fair underway at the former military enclave will host the closing of activities at the Children’s Pavilion Paper Treasure, the awards ceremony of the international the Dinosaur mini-story competition, sponsored by the Onelio Jorge Cardoso Literary Training Center.

The Rabindranath Tagore Pavilion of India will hold a panel on yoga, following which it will launch and sell the book Yoga. Salud, Juventud y Mente, de Rafael. J. Benítez.

Some 850 new books and more than two million copies were presented and sold at the 24th book fair, where Cuban publishing houses, such as Gente Nueva, dedicated to children, teenagers and youth, and the José Martí, with books, such as Los Orishas en Cuba by Natalia Bolívar, were the best-selling companies.

The University of Havana, the José Martí Cultural Society, the Center for Studies on José Martí, the Dulce María Loynaz Cultural Center and the Cuba Pavilion Exhibition Hall were among the sub venues of the fair that will begin to travel all over the island after its Havana stage.