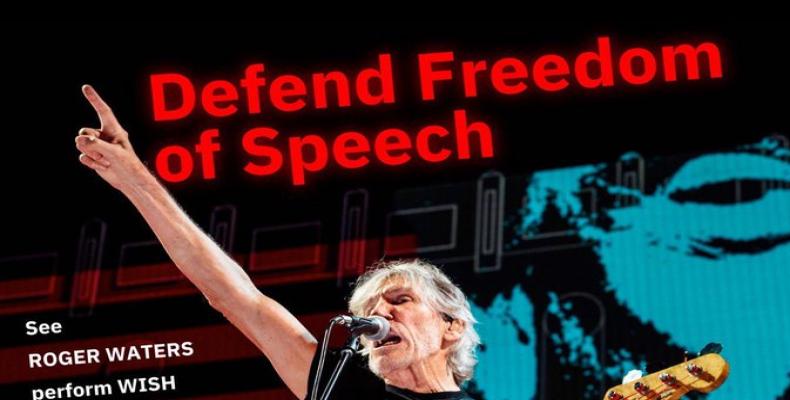 London, September 1 (RHC)-- Pink Floyd’s Roger Waters will perform the band’s hit song ‘Wish You Were Here’ in support of WikiLeaks founder Julian Assange, at a demonstration outside the UK Home Office on Monday.

WikiLeaks tweeted that the Pink Floyd frontman will play the iconic number at the central London event, which will also see award-winning journalist and filmmaker John Pilger speak “in solidarity with Britain’s political prisoner.”

Roger Waters is a vocal supporter of Julian Assange, and said he was “ashamed to be an Englishman” after the UK arrested the whistleblower in April.  He has used his concerts to draw attention to Assange’s case, and recently took aim at Twitter, calling it “Big Brother” after it suspended a prominent account supporting the WikiLeaks founder.

Assange has been imprisoned in Belmarsh Prison in London since he was arrested for violating bail conditions following his removal from the Ecuadorian embassy in London, after almost seven years living in asylum there.  He faces extradition to the United States where he is accused of ‘conspiracy to commit computer intrusion’ for allegedly trying to help whistleblower Chelsea Manning, who leaked a huge tranche of U.S. war logs and cables to WikiLeaks, which revealed shocking details about foreign policy and civilian casualties.