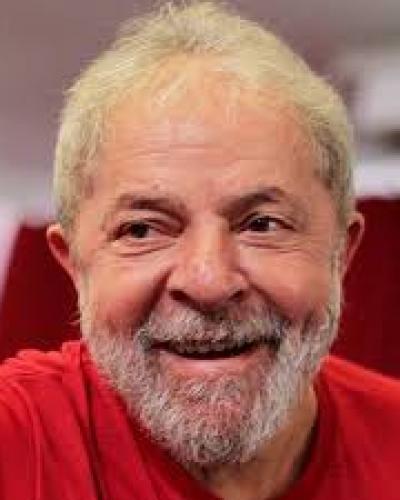 London, February 25 (RHC)-- Activist and Pink Floyd co-founder Roger Waters has called for the liberation of former Brazilian President Luiz Inacio Lula da Silva, in an interview with the magazine Brooklyn Vegan. During the interview, Waters referred to his 2018 tour in Brazil, just before the presidential elections, and he slammed Lula's imprisonment as political.

"Obviously the only reason Lula is in prison is because he would have won the election standing on his head with both hands tied behind his back IF he could have stood, which he can’t, because they’ve got him in prison on trumped up corruption charges," stated Waters during the interview.

The activist recalled during the interview that during his trip to Brazil, authorities threatened to throw him in prison, "because I was sticking my oar into their election by joining the #EleNão (#NotHim) movement." According to him, the movement failed, because "Bolsonaro, the fascist Bolsonaro, was elected," but without any doubts the "Not Him" movement was able to mobilize enormous quantities of people and instilled awareness of the person who is now the president of Brazil.

Waters also revealed that he wanted to go to Curitiba to visit former President Lula where he is still being imprisoned, but his request was denied by the Brazilian Judiciary. "In the West people just go, “Oh yeah, another corrupt politician.” No, he’s not. He is not a corrupt politician; he is in prison on trumped-up charges put there by the powers that be in Brazil"

According to Waters Lula wasn't able to stand up and fight for the chance to win the elections, because he was imprisoned over false charges in a politically motivated trial.

The Pink Floyd co-founder also highlighted the threats he suffered during his tour of Brazil. In a series of shows, Waters denounced the ultra-right tendencies materialized in the candidacy of Jair Bolsonaro. One day before the election, during his show in Curitiba, the city where Lula is imprisoned, the musician even received a judicial notification. "They threatened to throw me in prison in Brazil."