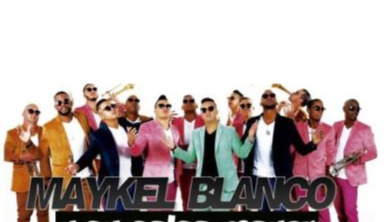 The tune, written by Maykel himself, is included in the band’s latest mini-LP entitled ‘Enfocados’, which will be released shortly under the label Unicornio of Producciones Abdala.

In statements to Cuban National Agency, the renowned singer, percussionist, composer, arranger and band leader said he wrote the tune some years ago and the band performed it in its concerts but was never included in an album.

Now, we decided it was time to include it in this new production, sung by Alejandro González Casanova one of the singers of the band.