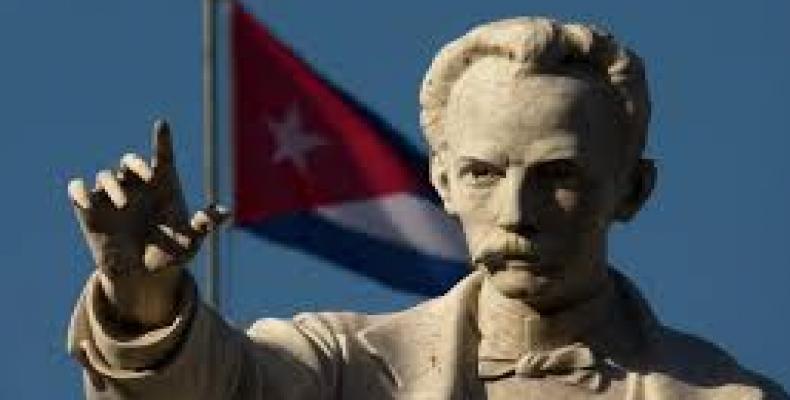 Havana May 14 (RHC) -- On May 19, on the 125th anniversary of death of Cuba’s National Hero,José Martí, EGREM will premiere on Spotyfy, ITunes, Deezeretc and other media the two first songs of the album Martí en Amaury.

The special commemorative edition 1978/2020 by Amaury Pérez Vidal was being recorded at the time when the alarm was unleashed in Cuba for COVID-19, thus pending its completion. That day the works: Cartas desde España II (Letters from Spain II), sung by Annie Garcés, and Carmen, performed by the duo Buena Fe and Alexander Abreu, will be made public.

Forty-two years after the troubadour and EGREM in co-production with the Casa de las Américas released the LP Versos de Martí, with the performances of Cuban singer-songwriter Amaury Pérez Vidal and the collaboration of poet Roberto Fernández Retamar, the Cuban singer-songwriter produces the remake of the beautiful album, which brought together 10 songs musicalized by the singer based on the same number of texts by the National Hero.

On this occasion, Amaury is supported by Elsida González in the executive production and Juan Manuel Ceruto in the musical production and direction. In addition to the aforementioned singers, other are included, such as Adrián Berazaín and Mauricio Figueiral, Eduardo Sosa, Raúl Torres, David Blanco, Leonardo García, Luna Manzanares, Daniel Torres, Ivette Cepeda and César López. A bonustrack is added: A Enma played by Daniel Torres, which does not appear in the original one from 1978.

The young arrangers who are part of the CD’s roster are pianists Tony Rodríguez, from Havana D´ Primera; Pepe Gavilondo from Grupo Síntesis and Daniel Torres, who appeared in the most recent edition of the Adolfo Guzmán TV song contest show as a member of the duo Saudade. Also outstanding instrumentalists have been invited, such as Rodney Barreto in the drums; Dayron Ortiz in the guitar; Roberto Vázquez in the bass and double bass; flutist Niurka González and Cesar López in the alto sax; the strings of the Orchestra of Havana’s Mozarteum Lyceum were also added, conducted by José Antonio Méndez.