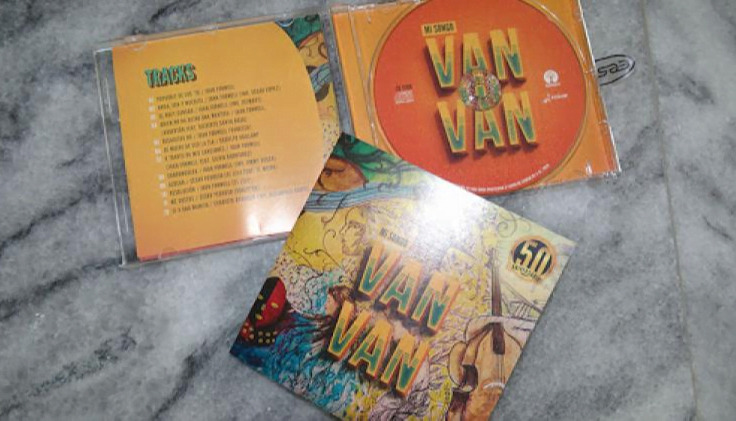 Havana, May 5 (RHC)-- Cuba’s iconic band Los Van Van won a nomination this year to the top prize of the country’s music industry –Cubadisco Awards- in the category of dance music with their latest album ‘Mi Songo’, which was released under EGREM label on December 4th last on the band’s 51st anniversary.

This latest production is dedicated to bassist, composer and arranger, the late Juan Formell, who founded the band and made it into one of the world’s greatest dance bands of all time. It is also dedicated to all those, who over five decades have been members of the orchestra that has made millions in Cuba and around the world dance to Cuba’s songo, a genre of popular Cuban dance music created precisely by Los Van Van in the early 1970s.

With direction and general production by Samuel Formell, son of Juan Formell and leader of Los Van Van since 2004, and musical production by Efraín Wilson, Jorge Leliebre and Boris Luna, the new album reveals the unmistakable, unique sound and style that have characterized the popular Cuban band since its creation in 1959. The current leader said their mission now is to honor and continue the indelible legacy left by Juan Formell in the band and in Cuban music, in general.

A track stands out “A través de mis canciones”, sung majestically by Juan Formell as a duet with singer-songwriter Silvio Rodríguez. The tune was recorded several years ago separately by Formell and Silvio. Young pianist Pacho, a newcomer to Los Van Van, mixed the voices and arranged the tune for this new album.

As to the cover, it features a mural painting by several renowned Cuban artists on occasion of the 50th anniversary of the band, which has now changed its name to Formell y Los Van Van in honor of Juan Formell.

The album “Mi songo”, nominated to this year’s edition of Cubadisco Awards is available to Cuban music lovers on digital platforms.