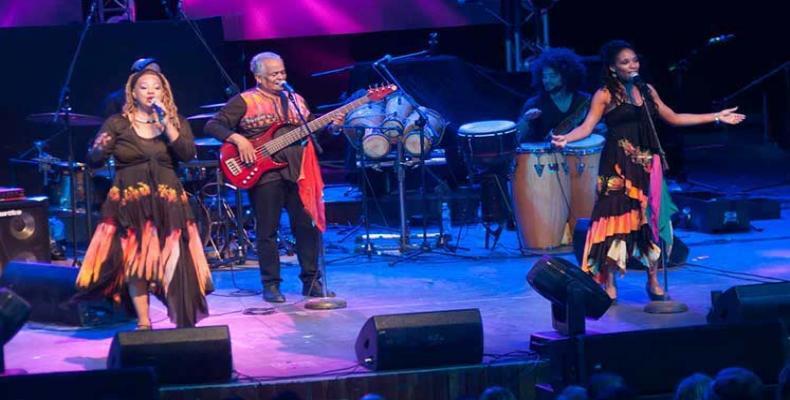 Havana, July 31 (RHC) -- The group Síntesis, recognized for merging Afro-Cuban rhythms with other musical genres, closes the week of online concerts that the Culture Ministry (Mincult) promotes from Cuba.

The band, led by bassist and composer, Carlos Alfonso, is one of the most popular in the Caribbean nation, thanks to a contemporary repertoire and first-rate musical arrangements. In its more than four-decade-long history, Síntesis has established itself as a benchmark group within and outside of Cuba due to the treatment they give to African cultural roots in their music. They have successfully merged these sound aspects of the island’s national culture with foreign rhythms, such as jazz and rock and roll, putting into circulation a dozen excellent records. Síntesis has also composed and performed music for films and was nominated for a Latin Grammy Award in 2002 for the album Habana a flor de piel.

The concert is set for 16:30, local time, and will be broadcast by the Cuban Television Channel Canal Clave, Radio Progreso station and the YouTube channel of Mincult and the Cuban Music Institute, in addition to links to a hundred Facebook pages. On line presentations by national artists is a successful initiative of Cuban cultural institutions in the midst of measures taken to prevent the spread of Covid-19. Identified with the hashtags #EstamosContigo # MúsicosPorCuba, the concerts promote an important part of the country’s music with a wide reception inside and outside its borders. (Source: Prensa Latina)