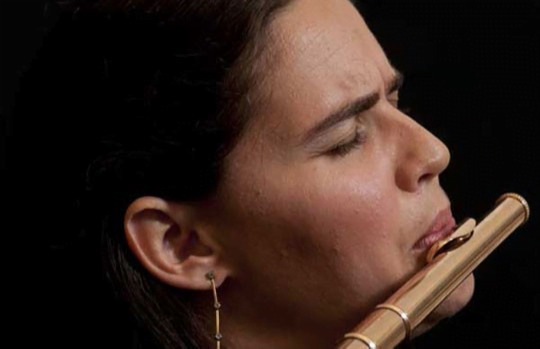 Havana, March 11 (RHC)-- Renowned Cuban flutist Niurka González gave a concert online earlier this week as part of the campaign Estamos Contigo, organized by the Ministry of Culture, the Radio and Television Institute and the Cuban Music Institute in times of Covid-19.

The concerts are streamed at exactly 4:30 p.m. Cuban time on the YouTube channel of the Culture Ministry and the more than 100 Facebook pages and broadcast at 8:30 p.m. on Canal Clave of Cuban television.

Niurka González was also a regular performer at the concerts organized by her husband, renowned Cuban singer-songwriter Silvio Rodríguez, around Havana neighborhoods. The concerts were interrupted as a consequence of the health emergence caused by the Covid-19, but the artists have repeatedly expressed their determination to resume the project as soon as the epidemiological situation in the country allows for it.