Documentary on Silvio Rodríguez at the Buenos Aires festival 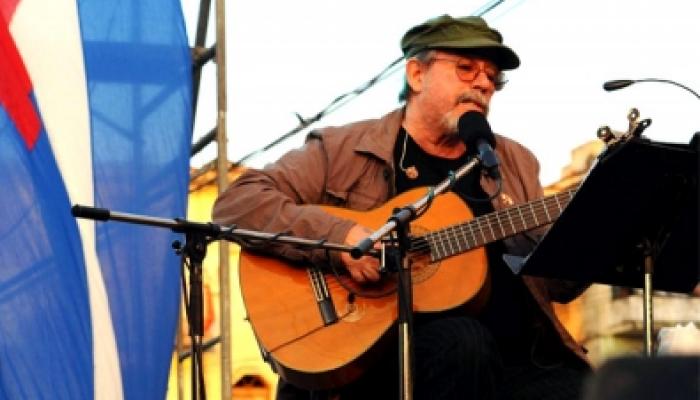 The 25 minute-long piece, in which the director invites viewers to an exclusive interview with the Cuban singer-songwriter along with historical images of the 1961 Literacy Campaign in his country, is one of the 15 works that make up the Foco Música section of the event, which was launched online on September 9.

Through the festival page https://www.fidba.org/2020/, Argentineans and all those who access the program will be able to enjoy the documentary for free until September 30.

In the piece, Murphy delves into the life of the composer of La era está pariendo un corazón and Oleo de mujer con sombrero, who has become a music icon in the Spanish speaking world, at that stage full of emotions and unique moments when, at just 14 years of age, he volunteered to join a brigade of more than 100,000 teenagers in the literacy campaign after the victory of the Revolution.

'For the first time in my life, I left my family and assumed a social cause as an active member of society and it marked me,' the Cuban troubadour says in the exclusive interview after adding that 'perhaps this first adventure is what put me in a path of social conscience that has defined me as a human being '.

The documentary will also hit US screens on September 20 in Chicago, from the platform of the HotHouse cultural house, with a live broadcast from https://www.twitch.tv/hothouseglobal and on Facebook, and on its premiere it will be accompanied by a tribute concert to Rodríguez.

The show, hosted by HotHouse, will be titled Silvio Rodríguez. The power of the word, and Mexico’s Lila Downs, Peru’s Susana Baca, Cuba’s Kelvis Ochoa, among others, will meet in it online.