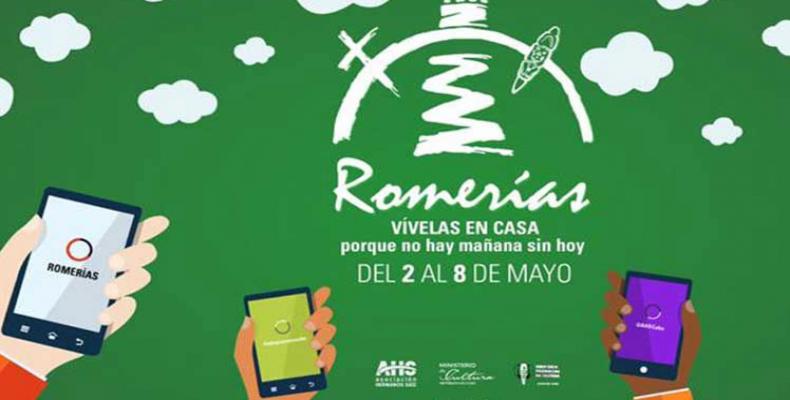 Holguin, May 4 (RHC)-- The Romerias de Mayo Festival of Youth Art began in eastern Holguin province with a broad program of virtual concerts and other online activities in times of Covid-19.

Considered one of the most important events organized by the Hermanos Saiz Association of Young Cuban Artists, the Festival, featuring the most diverse artistic disciplines, is this time dedicated to the 60th anniversaries of both leader Fidel Castro’s iconic speech to Cuban artists –known as Words to Intellectuals--, and the National Association of Writers and Artists (UNEAC), and to the 35th anniversary of the Hermanos Saiz Association.

Meanwhile, Raices ("Roots"), a space that promotes the Casas de Cultura system, is this time dedicated to son music, on occasion of Cuban Son Day –to be celebrated on May 8th.

The virtual program of the Romerias de Mayo Festival includes pre-recorded concerts by such renowned groups as Toques del Rio, Raulito Prieto and his band and the group Sintesis.

Jazz music will also feature prominently in this year’s edition of the event with concerts performed by contemporary Cuban exponents of the genre, among them Roberto Fonseca, Ruy Lopez-Nussa, Orlando Valle ‘Maraca’ and Cesar Lopez, as well as a master class by U.S. professor Victor Goines.