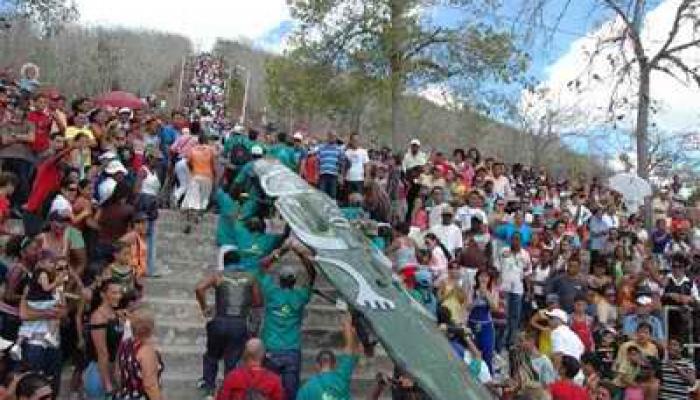 Cuban and foreign writers, artists and art promoters are gathering in the eastern city of Holguín in May to celebrate the Romería de Mayo –the young Cuban artists’ festival on the island.

Sponsored by the Hermanos Saíz Young Artists Association, some 600 guests from all over the country and more than 200 delegates from various nations are gathering May 2/8 to celebrate the organization’s 30th anniversary. The festival includes the 23rd edition of the Memoria Nuestra Congress, a space for debate where young researchers are expected to focus on regional cultures and cultural community promotion. Also on the gathering’s agenda: a street dance and theater festival, the audiovisual space Cámara Azul, young poets’ recitals and sessions, troubadours, hip hop and electronic music concerts.

Delegations from Argentina, Costa Rica, the United States, Canada, Germany, Russia, Egypt and Australia are set to share on their cultures at a friendly atmosphere during the Romerías de Mayo which will provide a space for exchange among cultural institutions, universities and foundations. The event is also celebrating the 90th birthday of the historical leader of the Cuban Revolution, Fidel Castro, and in solidarity with the Bolivarian Republic of Venezuela.