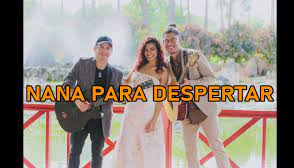 The tune is included in the latest album entitled "Mi Suerte", by Duo Iris, for which they have won two nominations to this year’s 24th edition of Cubadisco Awards in the categories of Best First Work and Best Contemporary Song.

Other awards include the Grand Prize of the Songwriters Festival of the Higher Institute of the Arts (ISA by its Spanish acronym) and best artistic project of ISA’s 38th graduation class.